Dame Barbara Windsor's husband has said the "outpouring of support" following her death has been "magical", with a dementia research fund set up in her memory raising more than £100,000 in less than a week.

Best known for her roles in the Carry On films and as matriarch and landlady Peggy Mitchell in EastEnders, Dame Barbara died on 10 December, aged 83, after suffering from Alzheimer's for several years.

A GoFundMe page set up in tribute has so far raised more than £104,000 in six days after her husband, Scott Mitchell, asked fans to donate.

"I have been completely overwhelmed by the response from Barbara's fans, friends and former colleagues," Mr Mitchell said. "This outpouring of support has filled me with pride and been a huge comfort to me. It just shows how loved, respected and adored my Barbara was. That's magical."

A much loved actress who was truly worthy of her national treasure status, thousands of tributes flooded in following her death, including from her former co-stars such as her EastEnders on-screen children Steve McFadden, Ross Kemp and Daniella Westbrook.

Mr Mitchell said he was determined to honour his late wife's legacy "by doing everything I can to support dementia research and help Alzheimer's Research UK's search for a cure".

He continued: "We must find a way to stop future generations going through what so many of us have already.

"Please do consider a donation however small or large. Every penny will take us one step closer to desperately needed breakthroughs."

Dame Barbara was diagnosed with Alzheimer's disease in 2014, going public with the news four years later. 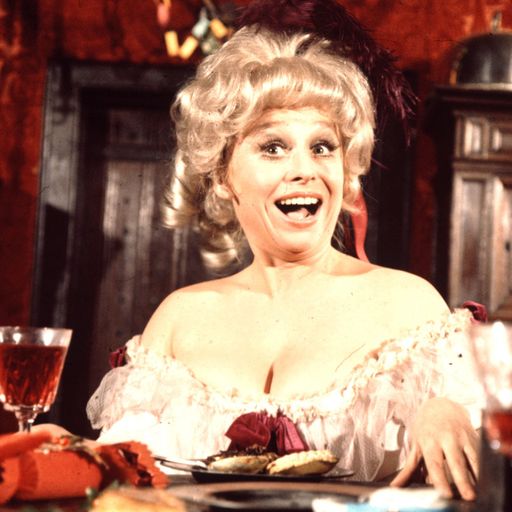 Dame Barbara Windsor: Away from her roles on TV, the star's own life was just as colourful

She and her husband were widely praised for their work raising awareness of dementia, taking their fight to Downing Street to discuss the issue with Boris Johnson in 2019.

Among the donations to her tribute fundraiser was £83,000 from Gamesys, owner of the online bingo site Jackpotjoy. Dame Barbara worked with the company between 2010 and 2017 and starred in their TV adverts as their "Queen of Bingo".

Alzheimer's Research UK said it had seen an increase in donations since her death.