Singer Ian Brown has pulled out of a music festival claiming the event was demanding COVID-19 vaccination as a condition of entry.

The ex-Stone Roses star, who has previously spoken out against coronavirus vaccines, lockdowns and face masks, had been due to headline the Neighbourhood Weekender festival in Warrington in September.

He tweeted: "My Saturday night headline show at NHBD Weekender Festival will now not happen! I refuse to accept vaccination proof as condition of entry. Refunds are available! X."

While festival organisers have not confirmed that such proof will be needed, they have said they "will comply with the conditions outlined by the government through the local authority".

Promoters also said: "No decisions will be taken by government until 21 June at the earliest."

Last month, Brown used social media to appeal to festival promoters, asking them not to collaborate with the Scientific Advisory Group for Emergencies (SAGE) which has been working with the government throughout the pandemic.

The 58-year-old singer said the introduction of vaccine passports would "help to usher in the new Nazi normal", and in another tweet remonstrated: "We don't need no stinking badges!"

The government has yet to commit to any form of vaccine passport scheme, however foreign secretary Dominic Raab has previously said they are "under consideration".

The current government roadmap out of lockdown suggests the removal of legal limits on social contact may mean that festivals are back in action from 12 June.

However, many festival organisers have said, in the absence of COVID-related cancellation insurance policies, it is impossible for them to confirm events in case the roadmap is delayed and plans are scuppered.

Consequently, the UK festival circuit remains divided over plans for 2021.

In January, Glastonbury was cancelled for a second successive year, and this month Download festival followed suit.

However, events including Reading and Leeds, Creamfields and Field Day have seen a boost in ticket sales since they confirmed they will be going ahead, with some selling out. 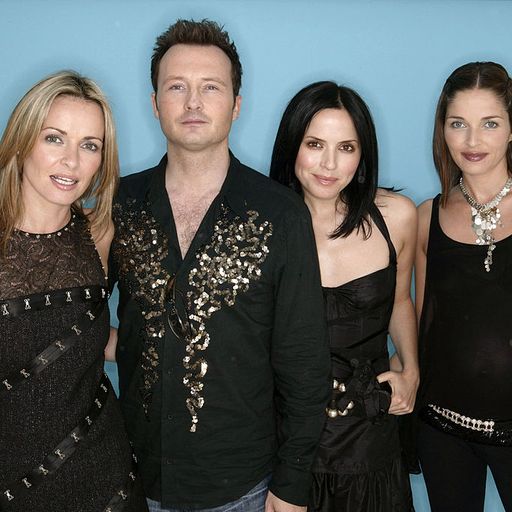 Coronavirus: Jedward and Naomi to Ian Brown and Jim Corr – the celebs making a COVID stand

Festivals added £1.76bn in gross value to the economy in 2019, with almost one in three Britons watching Glastonbury on TV.

Meanwhile, Rishi Sunak's spring budget added £300m to the £1.57bn culture recovery fund and extended the £500m insurance scheme protecting UK film and TV productions against the cost of coronavirus shutdowns until the end of the year.