The popularity of rap and hip hop music in the UK has soared since the year 2000, with the genre accounting for a fifth of all singles listened to last year, according to the British Phonographic Industry (BPI).

British stars such as BRIT-nominated AJ Tracey, S1mba, Dave and Headie One have all been part of the genre's success, the BPI said, with their tracks being played more than 50 million times each in 2020.

Titles classified as rap and hip hop made up 22% of all singles listened to last year, including streams, while albums made up 12.2% of the market – both all-time records for genre, the BPI said. 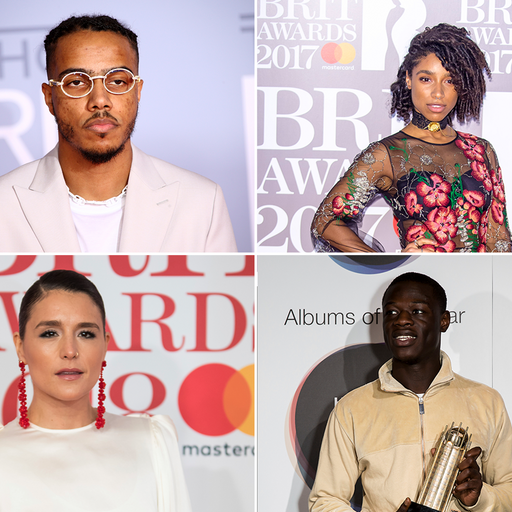 BRIT Awards 2021: Full list of nominees – the most diverse in the event's history

The genre's popularity is six times greater than it was in 2000. The BPI started its annual genre analysis in the late 1990s and in the decade's final year, rap and hip hop's share of the singles market was just 3.6%.

Across albums, the genre accounted for 2% of music listened to in 1999.

Last year, seven out of the 21 number one singles in the UK were from rap and hip hop, with artists including Stormzy, Eminem and Cardi B.

The BPI also suggests 2020 was a big year for homegrown talent.

More from Cardi B

British musicians accounted for more than a third of all rap and hip hop tracks listened to in 2020, including Aitch, Dutchavelli, DigDat and Tion Wayne, who all made the top 10.

Geoff Taylor, chief executive of BPI and the Brit Awards, said: "A glimpse of this year's Brits nominees shows the extent to which rap and hip hop now occupies music's centre ground.

"The genre has exploded in recent years, propelled by artists such as Stormzy, Dave and Little Simz, who are creating a new narrative for British music and are leading a rising wave of British talent that is harnessing the power of streaming to achieve chart success."