*** WARNING: THIS ARTICLE CONTAINS SPOILERS FOR THE LATEST EPISODE OF LINE OF DUTY, SEASON SIX, EPISODE FIVE. DO NOT CONTINUE READING IF YOU ARE NOT UP TO DATE ***

The latest episode of Line Of Duty has revealed the historic crime – and details of the police's handling of it – that journalist Gail Vella was investigating before she was shot dead.

Vella's murder, or the lack of a suspect being charged for it, is the main storyline for this season of the hit police drama – and it seems solving this crime could lead AC-12 closer to answering the bigger question of the top officer (or officers) controlling a network of corrupt coppers and criminals.

After episode four, fans had been left on a huge cliffhanger following a tense ambush and shootout, and the big reveal that DSI Jo Davidson (Kelly MacDonald) was related to someone whose DNA was stored on the police database.

But as well as the dramatic end sequence, this latest episode was about digging into the murder of Vella (Andi Osho) – and discovering why some police officers may have benefited from it.

More from Line Of Duty

While the show is clearly fictional, Mercurio has taken inspiration in the past from real-life events, and this series seems to be no different.

Viewers had already learned in a previous episode that Vella had been investigating a case involving "a racist element", and now DI Steve Arnott (Martin Compston) and DC Chloe Bishop (Shalom Brune-Franklin) have uncovered the details.

The journalist was digging into the murder of Lawrence Christopher, a black man attacked by a gang of white youths in 2003, who died in police custody after being found in a confused and "uncooperative" state. 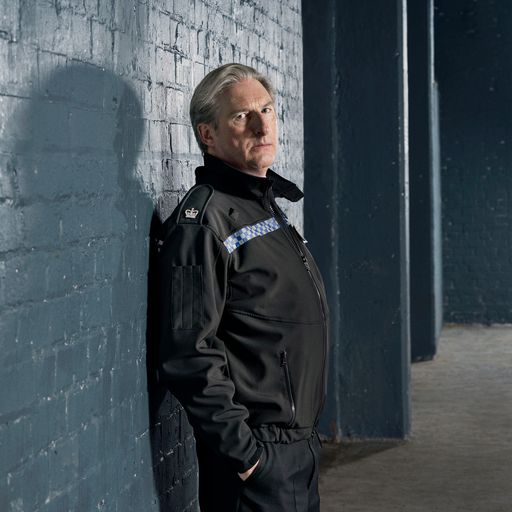 While the initial police inquiry concluded the death was gang-related, it was later accepted the victim had no gang connections, viewers learn. "In fact, Lawrence Christopher was an architect, who had never been in trouble with the law," DC Bishop says.

She then details a bungled operation: witnesses were not interviewed straight away, forensic evidence from the homes of suspects named in tip-offs was never secured, and an identification parade took a month to come to pass. In the end, the suspects were released without charge.

A report into the handling of the case, released two years later, "concluded that procedural errors had occurred due to institutional racism and the assumption that he was an active participant in crime, rather than innocent victim".

If any of these details sound familiar, it's perhaps because the fictional case of Lawrence Christopher bears some similarities to the deaths of Stephen Lawrence and Christopher Alder in the 1990s.

Stephen was killed by a gang of up to six men in a racist attack in Eltham, southeast London, on 22 April 1993. He was 18 years old, and had hopes of becoming an architect.

Two men – David Norris and Gary Dobson – are serving life sentences after being convicted of murder nearly 20 years after the crime, but the rest have never faced justice.

In August 2020, police investigating the murder said all "identified lines of inquiry" had been completed and that it had moved to an "inactive phase".

Earlier this month, Stephen Lawrence's mother, Baroness Doreen Lawrence – who was made a peer in 2013 after campaigning for justice for her son – criticised the authors of a government-ordered race review which found that the UK is no longer a country "where the system is deliberately rigged against ethnic minorities".

Christopher Alder, 37, was a former paratrooper who choked to death while handcuffed and lying on the floor of a police station in Hull in 1998.

The inquest jury returned a verdict of unlawful killing, and in 2002 five police officers went on trial. All were acquitted on the orders of the judge during the proceedings.

In 2020, actor Richard Blackwood filmed the play Typical, which is based on the story of Mr Alder's life and death.

Mercurio has already spoken out about previous real-life events that have inspired storylines, most recently about the murders of Jill Dando and Maltese journalist Daphne Caruana Galizia for Vella's death in this latest series.

While the script for this season was likely written before 2020, in the wake of the Black Lives Matter movement rising around the world following the death of George Floyd in the US in May 2020, the fictional case of Lawrence Christopher, detailed in a sobering scene in TV's most talked about programme, feels particularly timely.