Broadway star Sutton Foster has broken her silence after the producer of her new show was forced to "step back" from the industry amid allegations of bullying.

Scott Rudin, a renowned Broadway and Hollywood producer, was at the helm for the New York revival of The Music Man, featuring Greatest Showman star Hugh Jackman alongside Foster.

However, in recent days, he has been accused of bullying his former staff, and even physically attacking them, with alleged incidents including smashing computer monitors on an assistant's head, and throwing stationary and food at employees, according to the Hollywood Reporter.

On Saturday, Rudin released a statement saying he was "profoundly sorry for the pain my behaviour caused to individuals, directly and indirectly", adding he was going to "step back" from his role on Broadway with immediate effect.

Foster, who alongside Jackman has been under pressure to respond, told an Instagram Live interview that it was an "unbelievably unfortunate situation", adding: "the only positive outcome is the one that happened, and I know Hugh (Jackman) feels the same way.

"I know we've both committed to creating an amazing environment for everybody involved."

The actress, who is known for her roles in shows such as Les Miserables, Young Frankenstein and Shrek The Musical, and has two Tony's to her name, added that: "For me it was I needed to take a step back and make sure the decision I made was mine and not based on the noise of social media. That's who I am, that's my integrity, that's my spirit."

Foster's comments come off the back of calls made by the Time's Up foundation for Rudin to cancel non-disclosure agreements (NDAs) signed by former employees.

Tina Schen, the president and CEO of the foundation said: "No one should have to endure the kind of abhorrent mistreatment that has been reported and live under fear of retaliation. 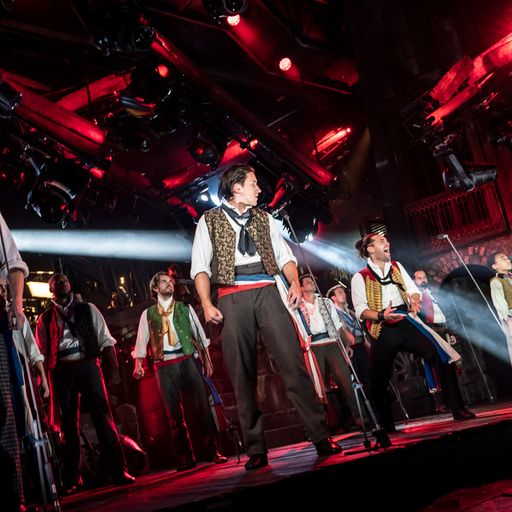 "We still don't know the full extent of what occurred. That's why Time's Up demands Scott Rudin release his former staff from any non-disclosure agreements.

"Doing so is critical to truly creating workplaces where every employee feels safe and respected across all industries."

Performers union Actor's Equity also called for Rudin to release former staff from NDAs, saying it is "an important step in creating truly safe and harassment-free theatrical workplaces on Broadway and beyond."

Doctor Who star Jodie Whittaker will leave show next year