Beyonce, Oprah Winfrey and Viola Davis are among the stars hailing the guilty verdict in the case of Derek Chauvin, the former police officer convicted of murdering black man George Floyd in the US.

The stars were among thousands of people paying tribute to Mr Floyd, who was pinned to the ground by Chauvin in May 2020, after the verdict in the high-profile trial was announced on Tuesday.

Winfrey said she cried tears of joy, while Beyonce welcomed a "good day" and Davis said Mr Floyd and his family had been vindicated.

Chauvin, 45, put his knee on Mr Floyd's neck for nine minutes and 29 seconds while arresting him last year for allegedly trying to use a fake $20 note to pay for a pack of cigarettes in Minneapolis, Minnesota.

The incident was caught on camera and the harrowing video sparked a wave of anti-racism protests across the world under the banner of the Black Lives Matter movement.

Following the verdict – guilty on all three charges of second-degree unintentional murder, third-degree murder and second-degree manslaughter – Beyonce shared a statement on her website alongside a childhood picture of Floyd sleeping in his mother's arms.

"After too many years of misguided justice, today is a good day," she said. "I encourage all of us to continue to pray for George Floyd's family and for all the families who seek justice for their loved ones who are victims of too many years of inequalities."

Winfrey wrote on her social media sites: "Relieved and emotional in ways I didn't expect. I cried tears of joy as each verdict was read. I'm grateful to the witnesses and their testimonies."

Winfrey expressed her gratitude to Darnella Frazier, the teenager who filmed Chauvin kneeling on Floyd, as well as the jurors "for seeing and acknowledging what the world saw on that tape". 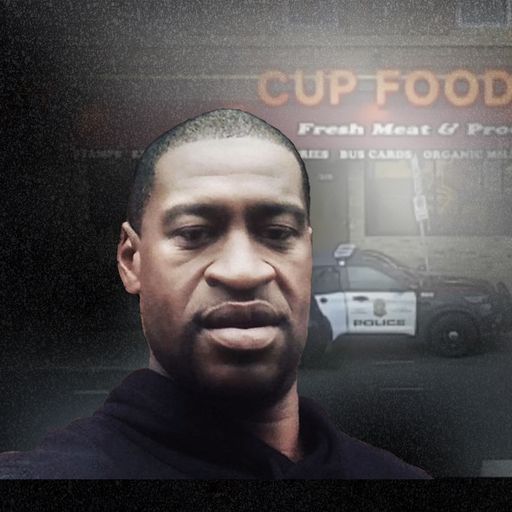 'Please, man. I'm not a bad guy': The story of the day George Floyd was murdered

Oscar-winner Davis, who is once again up for best actress at this year's Academy Awards, shared a painting of Floyd and said: "GUILTY!!!! As it should be!! Now….Rest In Peace George Floyd. Rest. You and your family have been vindicated."

Before the verdict, poet Amanda Gorman, who rose to international attention following her address during Joe Biden's inauguration, tweeted: The fact that we know what the verdict SHOULD be but remain unsure of what it WILL be speaks volumes about our nation. We have work to do."

Afterwards, she posted: "A reminder that victory would be George Floyd being alive. Every day Black Americans worry if they will be next is another day without justice."

Mariah Carey, Kerry Washington and Zendaya also shared their reactions to the verdict, with Carey tweeting "Hallelujah!!!!!!!!" in response to the news, before adding: "A beginning.. a small grain of hope for our future."

Scandal and Django Unchained actress Washington wrote on Instagram: "A guilty #verdict. But this fight for justice is not over. We have a lot of work to do. There is more fight ahead of us."

He added: "But this is just one step on the path towards a more equal society. Since George's death, so many other Black people have died at the hands of the police and we must ensure the momentum of today continues. The fight isn't over, and there is more to be done."