Promising Young Woman and The Sound Of Metal stars Carey Mulligan and Riz Ahmed were among the Film Independent Spirit Award winners on Thursday night, as Nomadland took home the top prize.

The film, which is Chloe Zhao's portrayal of traveller communities in the American west, was named best feature at the awards, giving it a boost ahead of Sunday night's Oscars ceremony.

It also won prizes for editing and cinematography, with Zhao taking home the gong for best director.

What can we expect from a pandemic Oscars?


Nomadland has swept the board during awards season, walking off with the best film trophies at the BAFTAs, Golden Globes, Critics' Choice Awards and Producers Guild of America Awards, among others.

It is among the favourites to take home the same prize at the Oscars.

Elsewhere at the Spirit Awards, where films must have been made for less than $22.5m (£16.2m), Riz Ahmed won for his performance in Sound Of Metal, where his character, a punk-rock drummer called Ruben, loses his hearing overnight.

Oscars 2021: How to watch, which celebs will be there, who's up for what – everything you need to know about the Academy Awards

Oscar nominations 2021: History made, a good day for Brits, and the snubs – the key talking points from shortlist reveal

Golden Globes 2021: British stars lead nominations in many of the major categories

She said: "I want to dedicate this award to a true independent spirit, an actress that I have looked up to and will continue to look up to for the rest of my career, Helen McCrory.

"So thank you to her for everything she gave us."

The film's director and writer Fennell, took home the award for best screenplay.

The awards usually take place at Santa Monica beach in California in a huge tent, and celebrates independent cinema.

However this year, the bash was wholly virtual and was hosted by Saturday Night Live cast member Melissa Villasenor. 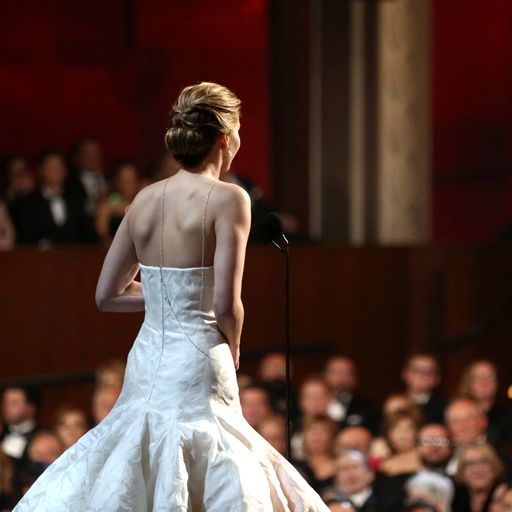 Other awards handed out at the ceremony went to the likes of Paul Raci, for his role as the boss of a shelter for deaf recovering addicts in Sound of Metal, and Andy Siara, who walked away with the prize for best first screenplay for his new film Palm Springs.

The Robert Altman Award, which honours ensemble casts, directors and casting directors, went to the team behind One Night In Miami.

Meanwhile, in the TV categories, Michaela Coel won the prize for best scripted drama for I May Destroy You and Shira Haas and Amit Rahav both topped the acting categories for their roles in Unorthodox.