Sir Keir Starmer is making a last-ditch appeal to voters ahead of "Super Thursday" with opinion polls and Labour's own canvassing suggesting the party is heading for a series of defeats.

On the last day of campaigning, the Labour leader is joining Labour's candidates in three high-profile mayoral races in England: West Yorkshire, the West Midlands and the West of England.

But his final push comes as opinion polls suggest Labour is heading for a potentially humiliating defeat in the parliamentary by-election in Hartlepool and set to come third behind the SNP and Tories in Scotland.

Starmer: 'We are fighting for every vote'

On the eve of the largest set of elections outside of a general election since 1973, Sir Keir has chosen to campaign for Labour mayoral candidates Tracy Brabin in West Yorkshire, Liam Byrne in the West Midlands and Dan Norris in the West of England.

Despite three visits to Hartlepool by the Labour leader, a shock poll published this week put the Conservatives on a massive 50%, 17 points ahead of Labour in a town represented by the party since 1964.

And The Guardian is reporting that internal data based on the canvassing of more than 10,000 people in the constituency suggests only 40% of Labour's previous supporters pledged to vote for the party in the by-election.

In Scotland, a poll by Opinium for Sky News suggests the SNP is on course to win a majority in the Scottish Parliament with 67 seats, ahead of the Conservatives on 29 and Labour remaining in third place with just 20 seats 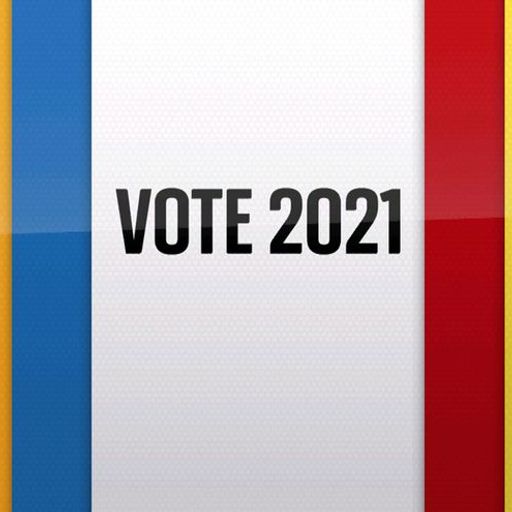 Local elections: How to measure success and failure for each party on 6 May

A set of disastrous election results later this week will pile pressure on Sir Keir's leadership, with his left-wing critics in the party and the trade unions poised to strike and blame him for Labour's dismal performance.

Labour said its focus has been on creating jobs, tackling crime, protecting the NHS and exposing "Tory sleaze" and boasts that since COVID restrictions eased in March, Sir Keir has visited 65 events and clocked up 7,500 miles.

"Our fantastic Labour candidates have shown in this campaign that Labour's priorities are the British people's priorities," the Labour leader said ahead of the final day of campaigning.

"I can't wait to join Tracy, Dan and Liam on the campaign trail today. They have run energetic and ambitious campaigns and will all make outstanding mayors.

"Across the UK, if you want strong voices for our towns and cities, our regions and nations, then vote for Labour candidates. They will stand up against a Conservative government in Westminster which is more interested in providing favours to friends than backing Britain's communities.

"This is a different Labour Party, under new leadership. Vote Labour tomorrow to put you, your family and your community first. Let's make Britain the best place to grow up and grow old, whoever you are and wherever you live."

But in a message to Conservative supporters ahead of the final day of campaigning, the Tories' co-chairman Amanda Milling said: "The choice on Thursday is simple.

"You can vote for local Conservatives who are focused on the people's priorities and on delivering better public services and lower council taxes.

"Conservative councils who fix potholes more quickly and recycle more than Labour councils and keep your bills low, Conservative Mayors who are levelling up their regions with new investment and good quality local jobs, Conservative police and crime commissioners who can be trusted to keep our communities safe.

"Or you can vote for Labour and the Lib Dems who cannot be trusted to deliver the vital services our communities rely on.

Vote 2021: Sam Coates has a closer look at May's elections.


"Labour are more interested in playing political games, standing in the way of measures to keep you safe and charging you higher levels of council tax, while the Lib Dems have a poor track record of delivering good quality local services."
In Scotland, Ms Sturgeon is campaigning from Aberdeenshire in the North East to Dumbarton on the west coast, ahead of the election for the Scottish Parliament that could have major implications for the future of the UK.

Urging voters to back the SNP in both the constituency and regional sections of the election, she said: "By giving both votes to the SNP tomorrow people will get experienced leadership, a serious programme for government, and when the COVID crisis is over the right to decide whether Scotland should be an independent country."

She told Scotland's voters: "The London based parties have fought the most negative campaign in the history of devolution with every one of them openly admitting they don't want or expect to form a government. Instead they want to leave Scotland's future in the hands of Boris Johnson."
Sir Ed Davey, inhis final message to voters ahead of the local elections, said:"COVID has reminded all of us just how important our local community is and by electing a Liberal Democrat people will be choosing a hardworking local champion for their community.

"People also appreciate now more than ever their local green spaces and their community's wider environment so I'm proud how Liberal Democrats have always led the way in putting the environment at the heart of our campaigns."

UK faces ‘rocky time’ as people head off to Europe on holiday due to lower jab rates, expert warns