It feels like a milestone – theatres in England can now open their doors for the first time in 14 months and wow audiences again.

The theatre industry, one of the most diverse sectors in the economy, has been pummelled by COVID-19 – beaten around and spat back out the other end.

It's not just actors that rely on theatres being open – technicians, lighting and sound crews, producers, stage managers, box office staff, costume designers and hoards of others stake their careers on the sector, and with many of them freelance, financial support wasn't easy to come by.

There was suddenly an extra barrier for those wanting to break into an already-difficult industry to get into – uncertainty.

For Jack Holden, it meant taking things into his own hands.

"In the first lockdown of last year, I woke up with a vision of what this show would be," he told Sky News of his debut play Cruise.

It will be the very first show to open its doors in London's West End after its closure – and will tell the story of a man diagnosed with HIV in the '80s, played by Holden, who aims to live out his final years by succumbing to a hedonistic lifestyle.

Holden wrote the show, teamed up with musician John Elliott, and sent a demo to theatre producer Katy Lipson, also making her debut, who wanted to make the show happen.

The chance for a new playwright such as Holden to get his show into a theatre and in front of an audience, however, is not one he takes for granted.

"It's been a horrible year, it almost destroyed our industry – the last year was very much about survival," he says, adding that the owner of the theatre, Nica Burns, has found a way to help new creatives use the unique opportunity afforded to them by the partial reopenings.

"It's the perfect opportunity for smaller productions and emerging creatives and producers to come in and fill that space… and I hope we take a lot from this and that people see the ambition of shows like Cruise and that we don't just limit it to a post-pandemic emergence."

When it opens at the Duchess Theatre, it will be flanked by Broadway marquees like Frozen, Mamma Mia and Lion King, but they will be staying closed a while longer, meaning the spotlight will shine on Cruise.

"We need the Lion Kings and the Phantoms, and the Les Mis… but our theatres allow things that are smaller and more intimate, and daring," Nica Burns, the co-owner of six West End theatres explained to Sky News. 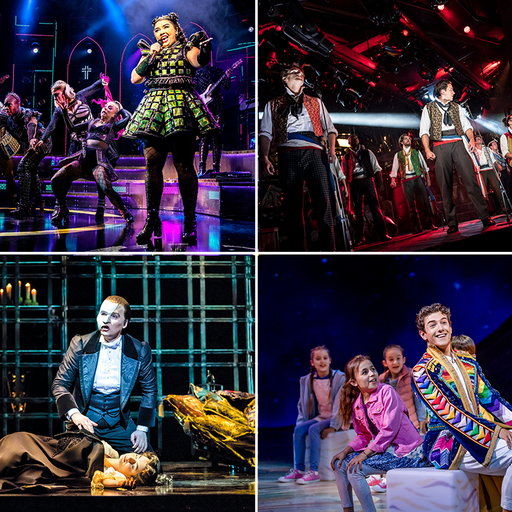 She has afforded the opportunity to new creatives to get into her theatres and show audiences that there is more to see beyond the big musicals.

Performance space in London comes with a price tag, but social-distancing gives newer, less established voices the chance to perform at a fraction of the cost, making their ideas a reality.

Ms Burns, however, says that the industry was put on "pause" last year, adding: "Lots of younger people are cautious about coming back in now… but I love being able to find something good coming out of hard times."

Her passion spawned the Rising Stars festival, where she gives over her theatres to newer, never before seen shows – complete with business advice and help with the finances.

"What we're doing is bringing forward a whole generation of young producers… and without a producer, a show is only an idea… and that's what all these young people are doing," she said.

Debut producer Katy Lipson, who is bringing Holden's work to life, says the whole thing is "an amazing opportunity", adding she keeps having to pinch herself that its actually happening.

She told Sky News: "It's at times like this when new artists are discovered, people are writing and art is imitating life, and I think we're going to have some really brave stories coming out of this crisis, and it's up to producers and artistic directors to nurture and find these artists and give them support.

And while the industry looks in good shape moving forwards – the last 12 months has meant some changes need to be made.

Cameron Mackintosh, behind big-hitting shows such as Les Miserables, Mary Poppins and Hamilton, last month defended his decision to reduce the size of the 27-person orchestra in Phantom Of The Opera to just 14. 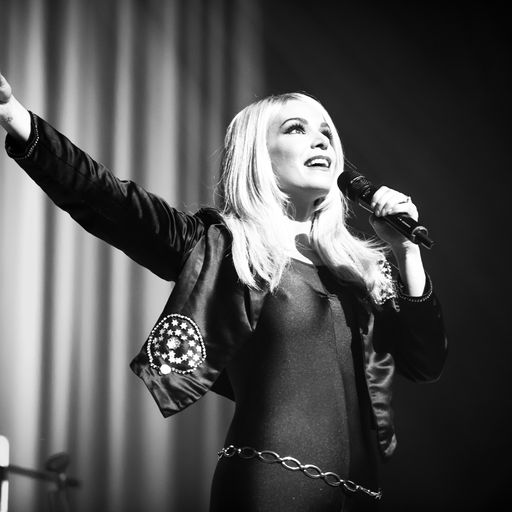 He told The Telegraph: "I've had a terrible year trying to keep on as many people as I can, but our job is to try to put a show on that can run and be brilliant.

"Am I sorry? I'm sorry they're upset, but I do find it odd why musicians would want to keep doing the same thing year after year. I believe we should not be holding jobs for actors or musicians ad infinitum. This is not the Civil Service, we're creating art."

But amid the uncertainty, stages will slowly begin to turn their lights on over the next few weeks – giving actors, freelancers, technicians, creatives, front of house staff and audiences something to look forward to.

Alongside Cruise, shows like Six (a thumping pop-musical featuring Henry VIII's ex-wives as a girl group) and Everybody's Talking About Jamie (the story of a teenager from Sheffield who wants to be a drag queen) will be among the first shows to reopen, as well as a concert version of the ever-popular Les Mis.

Cruise opens on 18 May at London's Duchess Theatre, and runs for four weeks.