The Eurovision Song Contest is officially under way this year, with the first semi-final taking place in Rotterdam on Tuesday night.

After being cancelled completely in 2020, the contest has returned with a reduced crowd of 3,500 people in Rotterdam's Ahoy Arena.

In Tuesday's semi-final, 16 countries battled it out for inclusion in Saturday's set-piece grand final, with countries such as Sweden, Ukraine and big favourites Malta all making it through.

The most decorated country in Eurovision history, Ireland, however, failed to make it through, despite an energetic and whimsical performance by Lesley Roy.

Australia, which takes part due to its membership of the European Broadcasting Union, also missed out, breaking the nation's 100% qualification record.

The country's act, Montaigne, was pre-recorded in Australia, due to the difficulties flying the delegation into Europe, amid the COVID-19 travel restrictions.

Other acts making it through were Norway, Israel, Russia, Azerbaijan, Belgium, Cyprus and Lithuania.

In typical Eurovision fashion, some of the performances included slightly bizarre aspects, such as Norway's Tix singing with a tennis-style headband on, wearing sunglasses while strapped to a pair of angel wings, and Russia's Manizha breaking out of a comically oversized dress, into a red boiler suit, reminiscent of the We Can Do It! Second World War posters.

Meanwhile, San Marino, a tiny microstate in northern Italy, will inject some star power in to its performance on Thursday night, with the addition of rapper Flo Rida into its act. 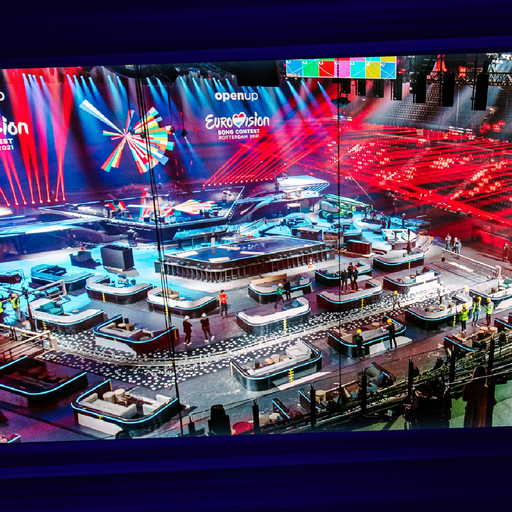 Bloc voting, stunning vocals and catching a vibe – how do you win Eurovision?

In a surprise move, the rapper flew out to Rotterdam to join Senhit on stage in the second semi-final and perform the track Adrenalina on the Rotterdam stage.

He appears on the original version of the song, with fans previously calling for the Low singer to head to The Netherlands and take part.

All the acts that make it through to Saturday's big event will join The Netherlands, which gets an automatic place as host, alongside the Big Five countries (who financially contribute the most to the contest), the UK, France, Germany, Italy and Spain.

Brit Award-winning singer-songwriter James Newman is performing for the UK, with upbeat dance track Embers – a song he describes as a "banger".