Eurovision winners Maneskin have strongly denied claims that singer Damiano David was using drugs during the show – and he has volunteered to be tested on his return to Italy.

The Italian rock band won this year's competition with their song Zitti e Buoni, getting a mammoth 524 points.

During the final on Saturday, footage started circulating online showing David bending down at a table, leading to speculation that he was using cocaine.


David and his bandmates have strongly denied the allegations, saying that he was picking up broken glass from the table.

When questioned during the Eurovision press conference, David said: "Thomas broke a glass, I don't use drugs please guys, do not say that."

And the band addressed the allegations on their Instagram account, saying: "We are really shocked about what some people are saying about Damiano doing drugs.

"We really are against drugs and we never used cocaine. We are ready to get tested, 'cause we have nothing to hide.

Eurovision full results: UK at the bottom of the pile again – but who finished where at 2021 contest

Eurovision 2021: COVID and Israel-Gaza conflict threaten to overshadow show as stage is set for final

Eurovision Song Contest 2021: Bloc voting, stunning vocals and catching a vibe – how do you win the show?

"We are here to play our music and we are happy about our Eurovision win and we wanna thank everyone for supporting us."

"Rock 'n Roll never dies. We love you," they added.

The European Broadcasting Union (EBU), which organises the event, said it was "aware of the speculation surrounding the video clip".

"The band have strongly refuted the allegations of drug use and the singer in question will take a voluntary drug test after arriving home," the EBU said in a statement.

"This was requested by them last night but could not be immediately organised by the EBU.

"The band, their management and head of delegation have informed us that no drugs were present in the Green Room and explained that a glass was broken at their table and it was being cleared by the singer.

"The EBU can confirm broken glass was found after an on-site check. We are still looking at the footage carefully and will update with further information in due course."

After last year's contest was cancelled due to the COVID-19 pandemic, this year's event in Rotterdam was a scaled-down affair with 3,500 fans watching on at the Ahoy Arena.

Congratulations poured in for the glam rock band from across Italy, with Florence's Uffizi Galleries tweeting a picture of : "We are out of our minds!" 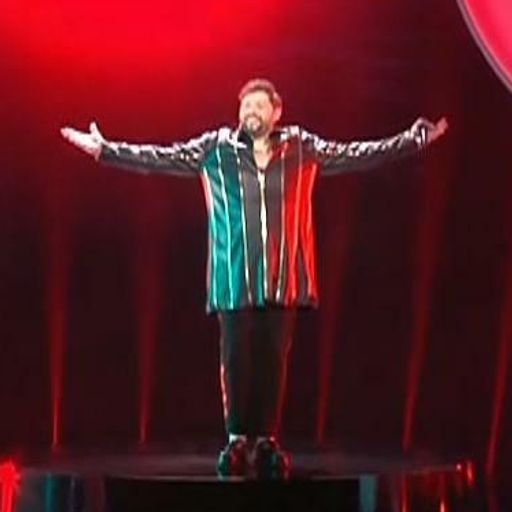 Eurovision full results: UK at the bottom of the pile again – but who finished where at 2021 contest

The band got their break performing on the famous Via del Corso in Rome.

They told a news conference before the show that starting out on the street was embarrassing since the group had to contend with other musicians vying for the same prized piece of pavement while neighbours complained about the noise.

This was only Italy's third Eurovision victory and the first since Toto Cutugno in 1990.

Their win means that Italy will host next year's event, with cities bidding for the role.