The head of the BBC has admitted it was a "big mistake" to rehire journalist Martin Bashir and an investigation into why it happened is due to be published next week.

BBC director-general Tim Davie confirmed on Tuesday that Mr Bashir is still "working out a short notice period" at the corporation after he quit citing health issues.

His remarks follow the publication of Lord Dyson's report, which criticised the methods used by Mr Bashir to secure his bombshell 1995 Panorama interview with Princess Diana, including using fake bank statements.

The report also suggested the BBC had failed to uphold "governance, accountability and scrutiny".

Mr Bashir became the BBC's religious affairs correspondent in 2016 – some two decades after the Panorama episode that made him a household name in journalism – and 17 years after he originally left the corporation for ITV.

Asked about Mr Bashir's re-hiring, Mr Davie told BBC Radio 4's Today programme: "We're interviewing people, getting the documents, and we should be able to publish something next week."

Mr Davie added: "There's no doubt with what you know now – it's a big mistake."

Asked if Mr Bashir is still being paid, Mr Davie said: "He's working out a short notice period because he resigned, and that's where we are now."

Prince William has said the BBC's failures surrounding the Panorama interview with his mother "contributed significantly to her fear, paranoia and isolation" – and the episode should never be broadcast again.


Mr Davie confirmed on Tuesday he has "no intention" of airing the interview ever again.

Pushed on whether he meant never any aspect of it, he said: "I think we need to discuss clips and reflect on that."

Mr Davie added: "My view is you cannot now look at this interview free from the context in which it was secured."

The director-general said Mr Bashir's three-month notice period started the moment he resigned, and is almost up. 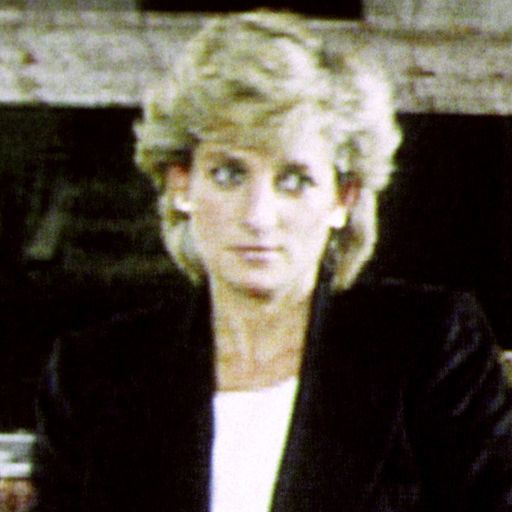 Mr Bashir stepped down as religion editor and left the BBC in April. He had been seriously unwell with COVID-related complications.

His salary did not appear in the broadcaster's annual report for last year, in which the names of BBC staff earning more than £150,000 a year were published.

In his report, Lord Dyson said Mr Bashir used "deceitful conduct" to obtain the 1995 interview with the princess, which was then covered up by a "woefully ineffective" internal investigation in 1996.

Mr Davie also reflected on the "shocking" way in which whistleblowers were treated regarding the interview.

Graphic designer Matt Wiessler had tried to expose Mr Bashir's methods and complained that he had been sidelined after raising concerns.

In response to Lord Dyson's report, Mr Bashir said he did not believe he harmed Diana "in any way" and stopped short of admitting that he duped the princess into the interview.

He told The Sunday Times: "Everything we did in terms of the interview was as she wanted, from when she wanted to alert the palace, to when it was broadcast, to its contents… My family and I loved her.

"I don't feel I can be held responsible for many of the other things that were going on in her life, and the complex issues surrounding those decisions."