While millions of adoring fans were able to enjoy the Friends reunion in its entirety this week, those in China noticed something was missing from their version.

If you haven't yet watched the reunion, there will be spoilers below!

According to those in the country, appearances by Lady Gaga and Justin Bieber, as well as K-Pop group BTS, were removed from the Chinese versions, in what appears to be an act of censorship.

In the full cut of the show, BTS appear for around 15 seconds to address why they loved the show so much, while Lady Gaga walked into Central Perk to perform Smelly Cat with Lisa Kudrow (Phoebe).

Later on, Bieber struts his stuff on the catwalk wearing the Spudnik costume that David Schwimmer (Ross) used in the show.

All three artists have been deemed to have offended China in the past, which is the likely reason they were cut by the streaming platforms.

BTS failed to mention the sacrifices of Chinese soldiers during the Korean War during an acceptance speech in 2020, which is thought to have angered the state, while Lady Gaga met with the Dalai Lama in 2016 – a figure China considers to be dangerous.

Bieber meanwhile was banned from China in 2017 by the government, for what they called "a series of bad behaviours" both on and off stage. 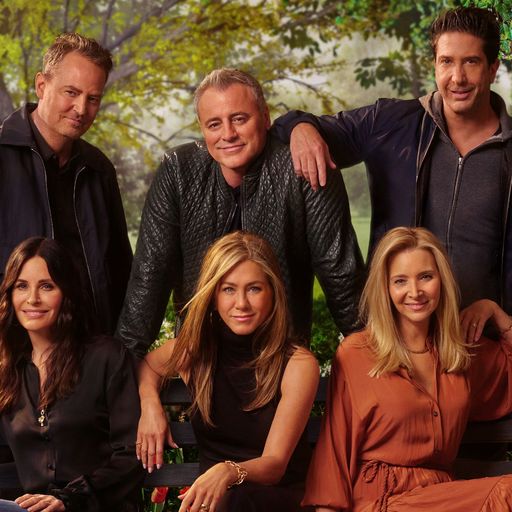 Real-life romance, injuries, and the chances of a revival – 17 takeaways from the special show

Elsewhere in the Chinese version of the show, some references to LGBTQ+ contributors were axed by all three platforms according to those who have seen it, including Ricardo from Germany, who said the show made him feel like he belonged, adding: "I was a gay man who wanted to have hair like Jennifer Aniston, so you can imagine how lonely I sometimes felt."

One platform, Youko, also removed another fan, who pulled her girlfriend on screen, saying she was her "Monica".

Not only that, a decision to cut a brief shot of Matt LeBlanc in his underwear with a picture of Schwimmer attached to the front was made by the same platform, while iQiyi and Tencent both chopped the references to the scene in which Joey and Chandler help Monica after being stung by a jellyfish.

It is not known whether the decision to cut those moments was made by the platforms themselves, or if it was handed down from Beijing.

Friends is a western success in China, with millions crediting the show with teaching them about American culture and helping then learn in English, with many fans reportedly taking to the closely monitored social media platform Weibo to air their disappointment at the ommissions.

Friends: The Reunion is streaming exclusively on Sky and NOW.