England are set to compete in a historic Euro 2020 final on Sunday after a tournament where the squad has been hailed a "celebration of diversity".

More than half of Gareth Southgate's 26-man squad have at least one parent or grandparent born outside of the UK, according to the Migration Museum.

Out of the 11 players who started for England in their thrilling semi-final victory over Denmark on Wednesday, a total of seven have a parent or grandparent from overseas.

Many, if not all, of those players will start when the Three Lions face Italy at Wembley on Sunday.

Here we take a look at those footballers and their overseas connections.

Sterling has been one of England's most potent attacking threats in this tournament, scoring important goals against Germany, Czech Republic and Croatia.

But the 26-year-old was actually born in Jamaica before moving to England after his father was murdered at the age of two. A decision which Sterling says has shaped his entire life.

Sterling's heritage means he could have chosen to play for Jamaica – but thankfully he didn't.

Saka earned himself a starting place in the team who faced Denmark after a string of impressive performances in the tournament.

The 19-year-old from London could have chosen to play for Nigeria because both his parents are from there.

Kanehas been leading the line for England in this tournament and is our top scorer – the highlight being his all-important goal against Denmark.

However, Kane's father hails from County Galway – meaning the striker could have played for the Republic of Ireland if he had wanted to.

Defensive midfielder Phillips has been a mainstay in Southgate's side throughout this tournament and got better and better as England's semi-final against Denmark went on. 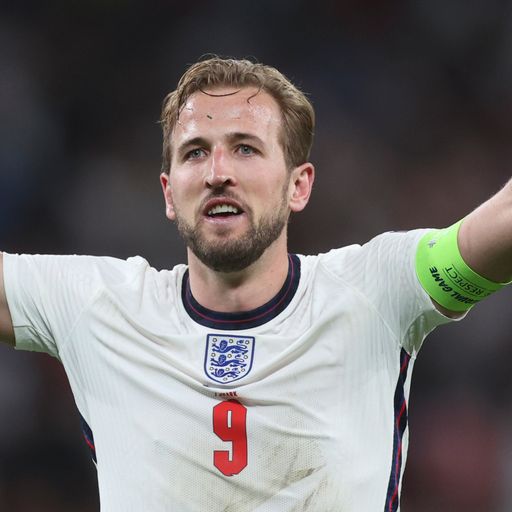 Who are ya? What do the surnames of England players mean?

Phillips' fellow defensive midfielder Rice represented the Republic of Ireland at under-16, under-19 and under-21 level. He also earned three full caps for the senior side.

Rice was born in Kingston-upon-Thames in Greater London but qualified to play for Ireland through his paternal grandparents.

However, he switched loyalties to England in 2019.

Maguire has been solid at the back for England and was among the goals during their 4 – 0 demolition of Ukraine.

However, things could have been very different as Maguire was eligible to play for Northern Ireland the Republic of Ireland through his grandparents.

Walker was born in Sheffield, South Yorkshire, to a British mother and a Jamaican father.

He therefore joins Sterling and Phillips in the list of England players who could have played for the Caribbean nation.

Mason Mount, Luke Shaw, Jordan Pickford and John Stones were the other four England players who started in the semi-final.

The seven with overseas connections aren't the only ones in the squad with roots outside of the UK.

Jack Grealish, who came off the bench against Denmark, could have played for the Republic of Ireland.

Jadon Sancho's parents are from Trinidad and Tobago, meaning the attacker could have chosen to play for the Caribbean nation.

Marcus Rashford, an attacker and food poverty campaigner, is another England player with Caribbean roots – as his grandmother was born on the island of Saint Kitts.

Research from the civil society campaign Best for Britain suggests 13 players in England's squad for Euro 2020 could have represented another nation due to having either a parent or grandparent born outside of the UK.


Lauren Tavriger, executive assistant at Best for Britain, said: "The squad is a wonderful example of the benefits of immigration, and is a celebration of diversity.

"Cheering on football this summer will not just be about celebrating when the ball hits the back of the net. It will also be to celebrate diversity, immigration and freedom of movement."