The boyfriend of Love Island star Dani Dyer has been jailed for 42 months after he pleaded guilty to defrauding two men out of almost £34,000.

Sammy Kimmence, from Rayleigh in Essex, took cash from two elderly men between 2016 and 2018, telling them he would invest it in horse racing bets on their behalf – but he instead spent the money on clearing his debts and funding his lifestyle.

Kimmence, 25, pleaded guilty to four counts of fraud against Peter Martin, of Havant, Hampshire, who died last year at the age of 91, and totalled nearly £26,000.

He also pleaded guilty to a fifth charge against Peter Haynes, 81, from Okehampton in Devon, which came to £7,927.

Sentencing the defendant at Portsmouth Crown Court, Judge Timothy Mousley QC said the scam had been an "abuse of trust", particularly against Mr Martin, who had considered Kimmence to be his friend.

He added: "You didn't show any remorse immediately and I do not consider any remorse to be profound."

Kimmence came into contact with the two men while working in administration and sales for a company called Equine Global Sports Limited, which placed bets on behalf of its clients, prosecutor Michael Mason said.

However, the company ceased trading, and Kimmence pretended to work for a new company, S&S Trading Ltd, and continued to offer to make bets on behalf of the two men.

The Crown Prosecution Service (CPS) say that instead of placing bets, Kimmence used the cash to pay off his overdraft, stay in an Ibiza hotel, eat out at restaurants and buy clothes.

"He targeted them because they were old, vulnerable and somewhat isolated. This wasn't something he migrated to, this was something he planned."

In a statement read to court, Mr Haynes, an aircraft engineer and RAF veteran, said: "All the savings I have accrued over my working life have been wiped out, my bank account shows zero, I am sick with worry."

Kimmence had visited both lots of his victims and persuaded Mr Martin to hand over online banking details and bank cards, Mr Mason added.

He said, speaking of Mr Martin: "He ceded financial control to Mr Kimmence, it's akin to the fox getting the keys to the chicken pen."

A statement made by Mr Martin said: "I have been left at times very stressed over money, having given thousands to Sammy who I thought was investing it for me."

Craig Harris, defending Kimmence, said: "He was living above his means, he found himself surrounded by what he perceived to be the glitz and glamour of the City and financial services workers and they would take him out to Club 195, nightclubs, and well-regarded bar establishments.

"And when the time came for him to show willingness to engage in this type of frivolity, he did." 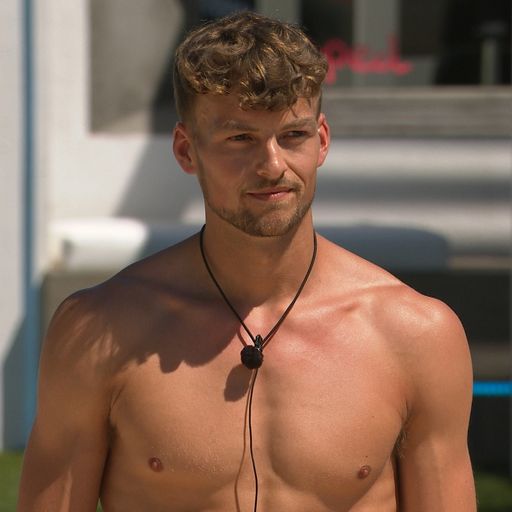 As a young, visually impaired fan of the show, disability representation is better late than never

The court also heard that Kimmence would indulge in alcohol and cocaine.

Because of legal proceedings against him, Kimmence had lost his job as a City trader, according to Mr Harris, and was intending to retrain as a quantity surveyor.

Mr Harris added that Kimmence had saved up £10,000 to repay his victims.

Simon Clark, CPS Wessex senior crown prosecutor, said: "Kimmence acted despicably when he duped his former clients into believing that he had set up a new company with which they could safely invest their money."

Kimmence is the father of Dyer's child, Santiago, who was born on 23 January this year.