Patients with long COVID have reported more than 200 symptoms affecting 10 organ systems, according to a new study.

Researchers surveyed 3,762 people from 56 countries who joined the Body Politic online COVID-19 support group and reported coronavirus-like symptoms between December 2019 and May 2020.

In total they reported 203 different symptoms, with 66 identified for the whole seven-month period.

The most common were fatigue, post-exertional malaise (worsening of symptoms after physical or mental exertion), and cognitive dysfunction – often referred to as brain fog. 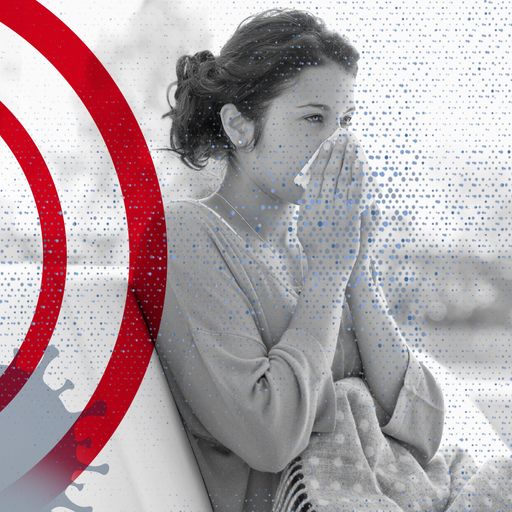 What is Long COVID?

The study, led by scientists from University College London (UCL) and published in the Lancet's E Clinical Medicine, is the largest peer-reviewed research into long COVID symptoms so far.

Following the findings, UCL experts are calling for a national UK screening programme for long COVID and the widening of diagnostic tests beyond just cardiovascular and respiratory ones.

Although the new study did not measure the length of time patients were ill, a recent one has shown that one in seven people who test positive for coronavirus are still suffering symptoms 12 weeks later.

The UCL study was open to anyone over the age of 18 with suspected long COVID – including those who were unable to get a positive coronavirus test due to shortages early on in the pandemic.

Authors noted some limitations, including a bias towards people who were able to join online support groups, English speakers (91.9% of respondents) and white people (85.3% of respondents).

The results showed that 91.8% of those surveyed were still suffering symptoms after seven months and 96% after three months.

For those who were still ill after three months, the number of symptoms peaked at 17 in the second month.

People who were symptomatic for more six months experienced an average of 14 symptoms after the seventh month.

The vast majority (89.1%) suffered relapses in their illness, most often triggered by physical or mental activity or stress.

Some 45.2% had to reduce their working hours compared to before they were ill and 22.3% were unable to work at all.

Commenting on the study, its senior author Dr Athena Akrami, neuroscientist at the Sainsbury Wellcome Centre at UCL said: "While there has been a lot of public discussion around long COVID, there are few systematic studies investigating this population.

"In this unique approach, we have gone directly to 'long haulers' around the world in order to establish a foundation of evidence for medical investigation, improvement of care, and advocacy for the long COVID population.

"This is the most comprehensive characterisation of long COVID symptoms, so far."

She added: "There is now a clear need to widen medical guidelines to assess a far wider range of symptoms when diagnosing long COVID."

Dr Akrami said that with "thousands suffering in silence" the study would help build resources and facilities for patients.

Safe swimming: The dangers, what to look out for and what to do in an emergency