The widespread shift to doing shopping and everyday tasks online during the coronavirus pandemic has seen scams increase by a third, new figures suggest.

Action Fraud received 413,533 reports of the crime across the UK in the year to April, which is an increase of 33% on the previous 12 months.

These scams resulted in a total of £2.3 billion being stolen from victims, according to the consumer group Which?.

Between April 2019 and April 2020, scams went up by just 8%, which suggests the COVID pandemic has fuelled fraud activity. 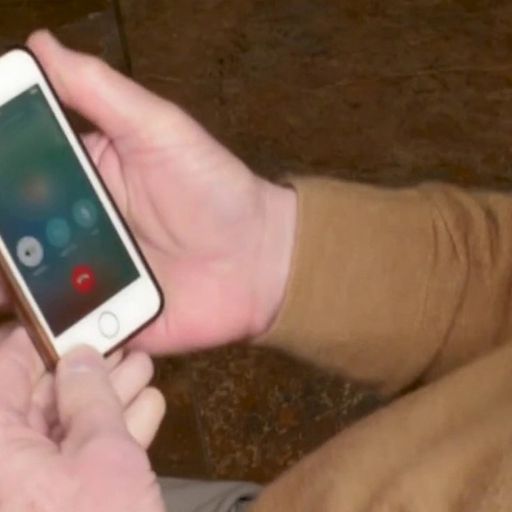 Phone and text scams saw the biggest increase – 83% on the previous year – followed by online shopping scams – which went up by 65%.

With online shopping sky-rocketing during the coronavirus crisis, associated scams saw a total of £535 million stolen from victims.

So-called 'recovery' scams, which claim to recover money for people who have already fallen victim to financial loss, increased by 39% on the previous year.

This resulted in an average loss per victim of £14,408, figures show.

The majority of people targeted were young, with 56% of fraud reports coming from those aged between 20 and 39 – compared to just 9% from 60 to 79-year-olds.

Crime figures from the Office for National Statistics (ONS) show there were more than four million incidents of fraud in 2020, which suggests only 10% of offences are being reported to Action Fraud.

Which? Money editor Jenny Ross said: "Fraudsters have added to the suffering that many people have faced during the past year by using the pandemic and the increase in online shopping as a springboard for tricking a growing number of victims."

She is calling for the government to amend its Online Safety Bill to require platforms to take greater responsibility for fraud carried out through their sites.

"Tech giants, banks, telecoms providers, regulators and the government need to keep up with the evolving tactics of scammers and make sure people cannot be targeted when going about everyday activities like shopping," she added.