Amy Winehouse's goddaughter Dionne Bromfield has offered a fascinating insight into the late singer as part of a new Sky News podcast.

Friday 23 July marks 10 years since Winehouse was found dead from alcohol poisoning in her home in Camden, north London. She was just 27 years old.

The five-time Grammy award-winning star made her last public appearance just three days before her death in 2011, when she took to the stage in support of her then 15-year-old goddaughter, who was debuting at Camden's Roundhouse.

Bromfield, now an established singer herself, has never spoken in-depth about her close relationship with the music icon. However, the 25-year-old has given a fresh and telling perspective in "Onstage with Amy Winehouse" – a podcast she agreed to record to mark the tenth anniversary of the singer's death.

"I didn't associate Amy Winehouse the singer with Amy," she says. "I never saw Amy as a star."

Onstage with Amy Winehouse is the tenth episode of StoryCast '21, a Sky News podcast series telling 21 stories from the year 2000 to 2001.

StoryCast '21 is telling 21 personal stories from some of the biggest news events of the century.

Click the link below to explore the series and listen to all of the episodes released so far. 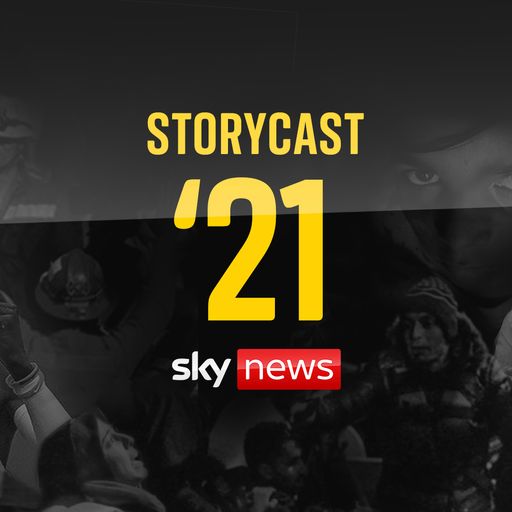 StoryCast '21: Listen to all the episodes so far