A return to the daily commuter grind is a strange way to celebrate freedom, so there was no rush-hour, or much of a rush at all at among travellers at Didcot Parkway on the day the work-from-home order was finally lifted.

Didcot is a 40-minute journey from London, its importance to the growing Oxfordshire commuter belt evident in the six-storey car park completed two years ago to accommodate rising numbers of travellers. 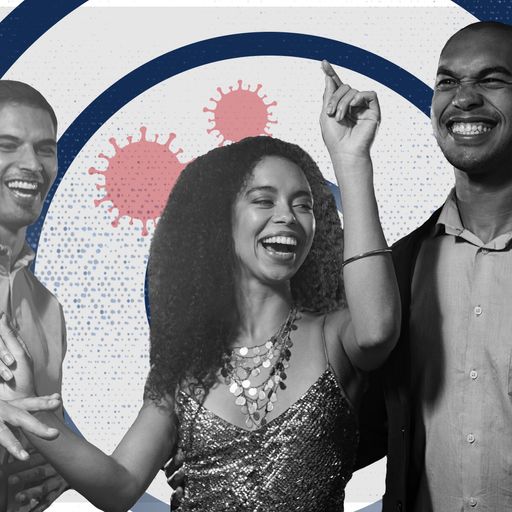 Every rule that has changed as restrictions are dropped in England

The bike racks were similarly empty, and passengers arriving for the five London trains departing between 7am and 8.30am could be counted by the dozen. They were joining services from Bristol and Oxford that were less than half-full.

In short, there was no sign of a rush back to the office, and even less that people are willing to abandon face masks, even on services outside London like GWR on which they're no longer mandated.

On a hot morning many were unmasked while outdoors on the platform but pulled them on when boarding. And, by my rough estimate, at least three-quarters of passengers on the 0828 were masked-up, and most of those who were not had plenty of space in the carriage to themselves.

Jim, a regular two day-a-week commuter, said he'd continue to wear a mask: "On public transport definitely. Especially on the train coming back from London, the Bristol train, it's very, very busy so better to be safe than sorry.

"It's become a bit of a habit now so we'll see, but I think most people will be sensible."

Siobhan was more relaxed: "I feel quite chilled to be honest. I think I'm going to wear a mask, mainly because I'm thinking about everybody else, but in terms of the process, it all makes sense to me. The easing is great, I'm all for it."

Commuter caution, a sweltering forecast set fair for the week and the start of the school holidays were hardly ideal ingredients for an overnight return to old working habits.

There is another ingredient in the mix too, the attitude of employers who in the last 16 months have discovered that working from home worked far better than they dreamt possible, and can be a boon to employees.


Accountancy specialist PWC UK currently has around 10% of its 22,000 staff back in its offices from day-to-day and, while they expect that number to increase gradually, they do not expect anyone to return to full-time office attendance.

When and whether to return will be left to staff and their line managers, and in future no-one will be expected to spend more than 50% of their working life in an office.

"I think today is an important point that shows the direction of travel but actually we haven't seen a big influx of people coming back into the office today, it's been more of a gradual return over the last few months," said chief people officer Laura Hinton.

"We've seen some more people coming in but actually it's been very much about personal choice.

"And I think it's summer, people are working differently, they're happier working from home, so actually people are making their own decisions about where they want to work.

Listen to "Covid-19 restrictions ease, oil production to rise and how the pandemic’s hit the cruise sector".

"In future we will expect somebody in an average week to spend about half of their time in the office. They will come to an office where there's value in being co-located with colleagues, but actually there'll be days where it's far easier and more efficient to be at home, so very much about personal choice."

Such a profound change to the world of work will have repercussions for the transport networks and city centre economies built on decades of rising commuter footfall.

In central London, it's still just 30% of pre-pandemic levels, just as it was this time a year ago when businesses were emerging from the first lockdown hopeful that the recovery was about to begin.

Back then, commuters proved stubbornly resistant to return to the office despite encouragement from the PM and chancellor, both of whom work from home. The Beta and Delta variants then put paid to any optimism that COVID-19 would be a one-year problem.

As employers and employees consider their next steps, it is the virus, not the government's roadmap, that's still setting the pace of the pandemic.