Batman's long-running sidekick has come out as bisexual in a new comic book.

In the latest issue of anthology series Batman: Urban Legends, boy wonder Tim Drake accepts a date from another boy.

Tim is at least the third of at least four men to wear the green and red tights alongside the Caped Crusader, but with Batman's son taking on the mantle in recent years, he has undergone somewhat of an identity crisis.

He has taken on a variety of names since – from Red Robin to Drake – and in the storyline for Sum Of Our Parts, he reconnects with an old friend, Bernard Dowd, who last appeared in the comic in 2005.

As the story unfolds, Tim's feelings for Bernard seem more than friendly. Seeing him for dinner, Tim thinks, "it feels like it's been years but he still looks… he still looks…" before the pair hug.

However, Bernard is kidnapped by a new villain, the Chaos Monster, in the middle of dinner and Bernard hints during their escape that he knows Tim is Robin, saying he wished "we could have finished our date".

The pair make it to safety, and at the end of the issue, Tim tells Bernard: "I've been doing a lot of thinking about that night and I – I don't know what it meant to me. Not yet. But I'd like to figure it out."

Bernard then asks Tim out on a legitimate date, which the young hero accepts.

She said the hero has not put a label on himself yet – nor does this development delegitimise his off-again-on-again relationship with fellow teenage superhero Stephanie Brown, also known as Spoiler.

"I wanted to pay tribute to the fact that sexuality is a journey," Fitzmartin told Polygon.

"I don't think he has the language for it all… yet." 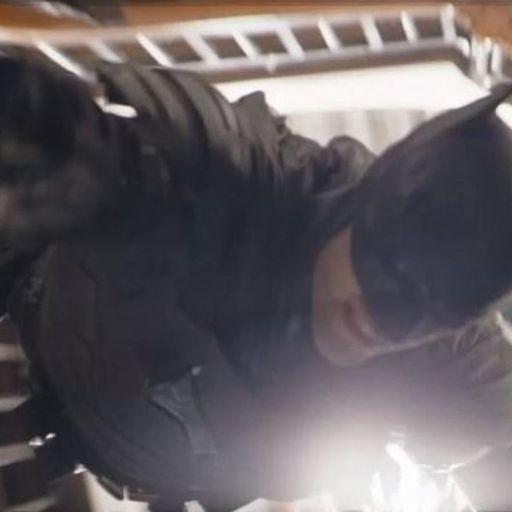 The Batman: First glimpse of Catwoman and The Riddler in new DC movie trailer

Tim Drake is the latest LGBT+ character to join the DC universe. In 2006, a new lesbian incarnation of Batwoman was announced, alongside other lesbian characters including Gotham City police officer Renee Montoya and police captain Maggie Sawyer.

DC also revealed in 2015 that Suicide Squad's Harley Quinn and Poison Ivy were girlfriends "without monogamy".