Model and actress Lily Cole has apologised after sharing pictures of herself wearing a burqa to promote her new book as Afghanistan was falling to the Taliban.

The British star had faced criticism on social media after posting the photos a few days ago and encouraging her 95,000 followers to "embrace diversity", to announce the release of her climate change book Who Cares Wins.

She has now taken them down from her Instagram page after being accused of "cultural appropriation" and "putting Instagram posturing before universal human rights". 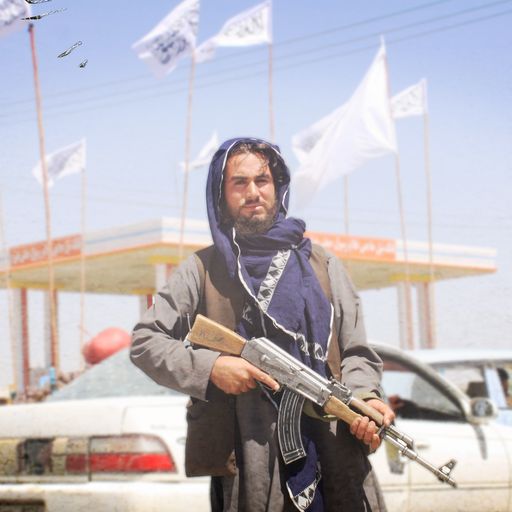 Who are the Taliban and what do they want for Afghanistan?

Cole, 33, posted the pictures as Afghanistan is in crisis following the withdrawal of US forces, with Taliban militants taking control of major cities and entering the capital, Kabul, over the weekend.

Many have condemned the hardline Islamist group's oppression of women in particular; when they last ruled the country from 1996 to 2001, women could not work, girls were not allowed to attend school and women had to cover their face and be accompanied by a male relative if they wanted to leave their homes.

On Tuesday, Cole apologised, saying the photos were old and that when she posted them she was unaware of the situation in Afghanistan.

"This week I posted an old photo of me wearing a burqa loaned to me by a friend," she said. "As she pointed out I was undermining its original purpose by wearing it with my face exposed, but I understand why the image has upset people and want to sincerely apologise for any offence caused.

"I hadn't read the news at the time I posted so it was [incredibly] ill timed (thank you for pointing that out to me)."

Cole went on to share fundraisers to help those in need in Afghanistan.

"My heart breaks reading about what is happening in Afghanistan at the moment, and in looking for organisations helping women on the ground I can support, I thought I would share some I found/ donated to," she said

The Times journalist and columnist Janice Turner had shared the photos and criticised Cole, saying: "Lily Cole & the vacuity of modern hashtag-feminism. Putting Instagram posturing before universal human rights. I bet Afghan women are celebrating the 'diversity' of wearing this shroud."

Activist Caroline Criado Perez, the woman behind the successful campaign to get Jane Austen's picture on the £10 note, replied: "I just went to check her Insta as I couldn't believe that would be recent (not that it would be ok if it were not) and… three days ago. Holy s*** Why?"

Criado Perez added to her response, saying Cole's intended "diversity" message was confused given that her book is about climate change "Completely incoherent i have no idea what she's trying to say," she said.

One Twitter user said Cole was "spitting in the face of Afghan women", while another said she was "playing dress-up in another woman's oppression".