Temperatures could reach up to 30C (86F) in parts of the UK on Tuesday as the country enjoys a warm start to September.

The Met Office has forecast some areas were close to recording an official heatwave this week as pupils returned to school after the summer holidays.

In Wales, the highest temperature was 27.1C (87.8F) in Monmouthshire, while temperatures reached 24C (75.2F) in Aberdeenshire and 22C (71.6F)in Ballywatticock in Northern Ireland.

Greg Dewhurst, a Met Office meteorologist, said central and eastern England were the likely areas that could experience a maximum of 30C on Tuesday.

In other parts of England and Wales, temperatures are forecast to be a bit cooler but will still be in the mid-to-high 20s, while Scotland and Northern Ireland could see temperatures around 24C to 25C (73.4F to 75.2F).

Mr Dewhurst said low pressure moving in from the southwest on Wednesday will make it "less hot" in parts of Wales and Northern Ireland, but "hot air" will remain in central and eastern England and Scotland, bringing highs of 26C to 29C (78.8F to 84.2F).

He said central and eastern parts of England were "most likely" to record an official heatwave across Monday to Wednesday, but will only "just about make it".

The temperature is expected to fall later this week and the Met Office has issued a yellow weather warning for Thursday with heavy showers and thunderstorms forecast.

A location meets the UK heatwave criteria when it records a period of at least three consecutive days of daily maximum temperature levels meeting or exceeding the thresholds, which differ across the country.

"We often get a warmer spell particularly early on in September," Mr Dewhurst said. 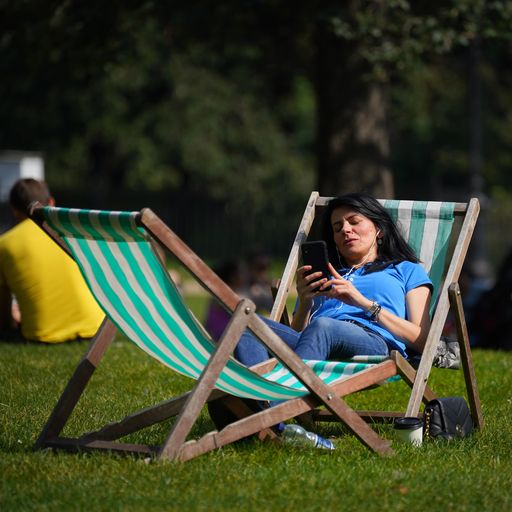 How long is the heatwave forecast to last – and which areas will see the highest temperatures?

"August was particularly cool and cloudy, so this spell is the warmest spell of weather since July for the UK."

September has already beaten August's highest temperature of 27.7C in the UK, which last happened in 2016.

Gas supply this winter ‘not a cause for immediate concern’, says business secretary

Friendship between France and UK, US and Australia ‘tarnished’ by AUKUS pact