Boris Johnson is facing pressure from MPs as well as protesters to cancel his planned cut to Universal Credit.

The government increased the amount claimants receive by £20 a week as extra support during the coronavirus pandemic but the uplift is set to be cut by the end of the month despite calls across the political divide to keep it.

During PMQs on Wednesday, Sir Keir Starmer called on Mr Johnson to "cancel the cut" adding that "millions of working families will be hit hard" by the policy.

The two policies are predicted to result in millions of people losing more than £1,000 a year.

Speaking in the Commons, Sir Keir asked Mr Johnson: "How many extra hours a week would a single parent working full-time on the minimum wage have to work to get back the £20 a week the prime minister plans to take away from them in his Universal Credit cuts?"

Mr Johnson failed to answer the question and instead claimed: "I will give you a statistic, every single recipient of the Universal Credit will lose their benefits under Labour because they want to abolish Universal Credit."

Sir Keir said the scenario he highlighted would see that person needing to work more than nine hours a week extra to get the money back from the UC cut.

The Labour leader added: "The truth is that these low-paid workers can't work longer hours to get back the money the prime minister is cutting from them.

"He knows it, they know it, millions of working families will be hit hard, very hard by the prime minister's Universal Credit cut."

Mr Johnson insisted the National Insurance hike of 1.25 percentage points will help fix the NHS backlogs before adding Labour "simply do not have a plan".

During the debate, protesters also gathered outside parliament to urge the government to rethink its decision to end the uplift.

At least 20 members and supporters of the Unite union protested outside, chanting: "What do we want? Cancel the cuts! When do we want it? Now!"

Demonstrators held up signs saying "keep our families fed" and "a universal cut to Universal Credit is universally criminal".

Kiran Khan, 26, used to be a Universal Credit claimant and called the decision to cut the increase "cruel".

She said: "The current system obviously is not good enough in the first place. I feel like this £20 uplift is sort of like a sticking plaster on a system that is already not there to support people."

Paula Peters, a legacy benefits claimant who turned up to support the protest on behalf of Unite Community, criticised work and pensions secretary Therese Coffey for suggesting people could work an extra two hours a week to make up for the cut. 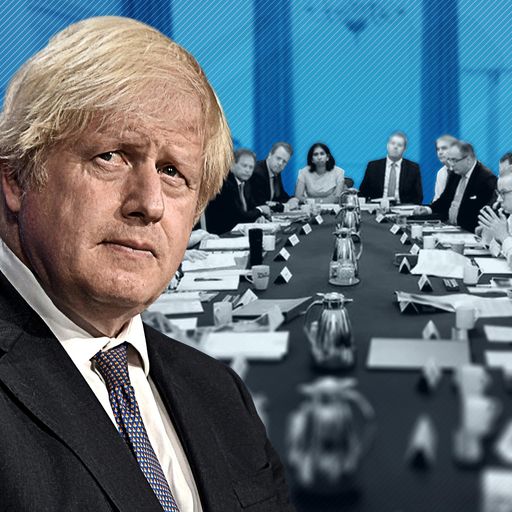 Boris Johnson's cabinet reshuffle: Who's in and who's out as prime minister changes his top team

"Therese Coffey says she's entirely happy to cut the £20 uplift for millions and they should get everybody extra hours at work," she said.

"Well that's not always possible because you're on zero hours contracts, the gig economy's exploding, there's been massive job losses. That £20 is needed to feed your children."

Rob Williams, 51, a member of Unite, said that on top of the £20 cut, the government had made it difficult for working class people to find good work.

"But at the same time as these people cut Universal Credit, they're also saying to public sector workers – the people who are key workers, the people who were clapped during the pandemic, the people who put their lives at risk – they're telling them they don't deserve a pay rise."