The big question when the dust settles on this reshuffle will be – what does it mean for the country for the next few years?

For now, the big open question is who will fill the government roles left open. The biggest kerfuffle so far has been over Dominic Raab, who has technically been demoted from foreign secretary to justice, but appears to have won a concession – deputy prime minister, the first since Liberal Democrat Nick Clegg.

Liz Truss moves from trade to the Foreign Office brief, a big promotion and a win for a minister well-liked by Conservative grassroots. She becomes only the second woman to hold this office after Margaret Beckett held the role in 2006.

Another securing a promotion is Nadine Dorries, who becomes culture secretary following a stint in the health brief she had held.

Gavin Williamson was widely expected to leave as education secretary and he has, along with other less expected moves including Robert Buckland.

We know that Downing Street intends to push on with levelling up and ensuring that promises made to voters in key marginal seats are fulfilled.

Doing that will require some big changes in government and Education and Justice will be two key departments. 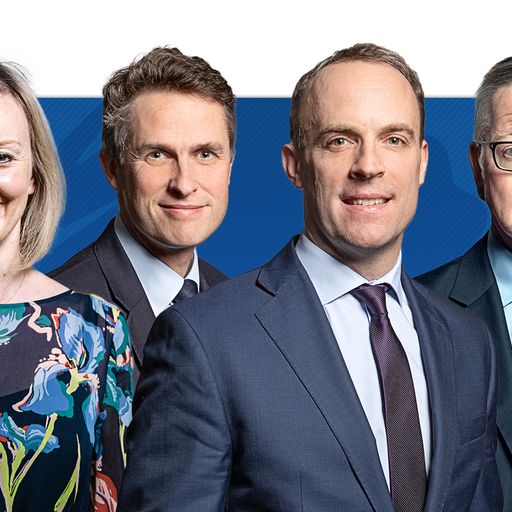 Boris Johnson's cabinet reshuffle: Who's in and who's out

The problem for Boris Johnson and his new team is that they have to grapple with COVID-19 and the legacy of the pandemic.

That will make it difficult to make headway, but also provides an opportunity for real change if the appetite is there.