As all eyes focus on Daniel Craig's final outing as the Martini-swigging secret agent in the latest James Bond movie No Time To Die, the film also marks a shift in how women characters are perceived.

Bond is no longer the womanising, gun-toting secret agent that previous iterations of the character may have portrayed him as – instead he is now in a (as stable as a secret agent can have) relationship and is working to save the world with Lashana Lynch as 007.

For Lynch, who plays new character Nomi, she feels that Daniel Craig has "shifted" the Bond franchise for the better when it comes to these conversations, and that her inclusion is a sign of progression.

"The fact that [Nomi] was even an idea in the first place is just a reflection of where we are in the world, where we are continuing to go, but also where the franchise is," she told Sky News.

"And it would be a shame not to do that – so they're doing exactly the right thing, and I think they'll continue to do that in the future."

Nomi has taken over Bond's agent number of 007, after the secret agent decided to step back from active duty, meaning Lynch is playing a full-blown MI6 officer.

And while the future of MI6 looks to be in good hands – the role of the traditional 'Bond girl' has also seen a shift.

No longer do Bond's romantic conquests only last one film, with French actress Lea Seydoux returning to the franchise as Dr Madeleine Swann from Spectre.

Seydoux told Sky News: "I think that the James Bond films have always been quite relevant on the world.


"Bond has really changed with Daniel, in the sense that he's less 'misogyne' (French for misogynist).

"It's the first time that a female character is coming back – we get to know her and we get to know Madeleine in No Time To Die… so I think that in that sense, it's much more interesting."

There is plenty of talk about who the next Bond might be, and while speculation swirls that the franchise could continue with a woman at the helm – Seydoux thinks that could be a bad idea. 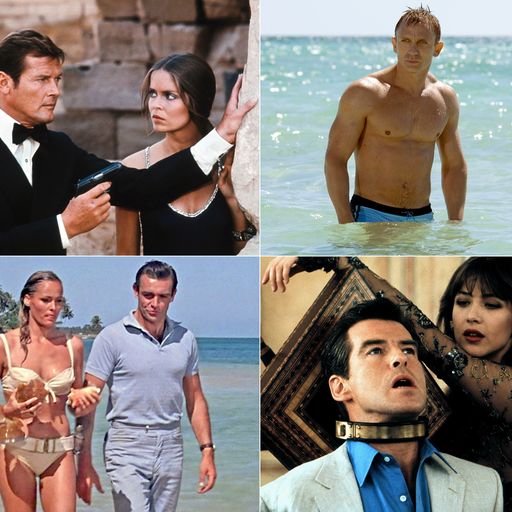 Who's the best 007? From Connery to Craig, a look back at all 25 films in pictures

"I don't think James Bond should be played by a woman.

"It's important for young girls… to have a good example of strong women – maybe they could do a female spy, but it would be another film."

‘We’re like The A-Team’: The Charlatans’ Tim Burgess on marking an unusual 31-year milestone