Britney Spears' father has criticised his suspension as controller of the star's $60 million estate – with his lawyer saying the result is "a loss" for his daughter and that the court "was wrong" to replace him rather than terminating the controversial conservatorship.

At a milestone court hearing in Los Angeles on Wednesday, Judge Brenda Penny ruled that Jamie Spears should be removed as conservator and replaced by accountant John Zabel on a temporary basis, before setting a date to consider ending the legal agreement entirely in November.

It came after Mr Spears, who had controlled the estate for 13 years, filed a legal petition earlier in September to end the conservatorship, amid mounting pressure following claims of abuse made by his daughter at court hearings in June and July.

However, Spears' recently appointed lawyer Mathew Rosengart argued for her father to be removed first before the agreement is wound up for good.

On Thursday, Mr Spears' lawyer Vivian Thoreen, from the Holland & Knight law firm, released a statement on the judge's decision, saying her client "loves his daughter unconditionally" and has "tried to do what is in her best interests, whether as a conservator or her father", since the legal arrangement began in 2008.

Spears "voluntarily entered into the conservatorship", she said, and the agreement helped the star "revive her career and re-establish a relationship with her children".

Ms Thoreen accused members of the public, the media, and Mr Rosengart of "false, speculative, and unsubstantiated attacks" on Mr Spears and said the outcome of the latest court hearing was "disappointing, and frankly, a loss for Britney".

She added: "Respectfully, the court was wrong to suspend Mr Spears, put a stranger in his place to manage Britney's estate, and extend the very conservatorship that Britney begged the court to terminate earlier this summer.

"Again, it was Mr Spears who took the initiative to file the petition to terminate the conservatorship when neither Britney's former court-appointed counsel nor her new privately-retained attorney would do so. It was Mr Spears who asked the court at yesterday's hearing to immediately terminate the conservatorship while Britney's own attorney argued against it."

Despite his suspension, Mr Spears "will continue to look out for the best interests of his daughter and work in good faith towards a positive resolution of all matters", Ms Thoreen concluded.

In court on Wednesday, Mr Rosengart had argued forcefully for Mr Spears' removal, demanding an end to the star's "Kafka-esque nightmare".

He told the hearing that the estate was being run into the ground and reiterated a vow made by the singer not to perform again while her father is in control.

He also alleged that Mr Spears now wants the conservatorship terminated to avoid having his files closely examined. "What he is afraid of is the revelation of his corruption," Mr Rosengart said.

While it is essential the conservatorship is terminated, it needs to be done in an "orderly fashion", the lawyer told the court. 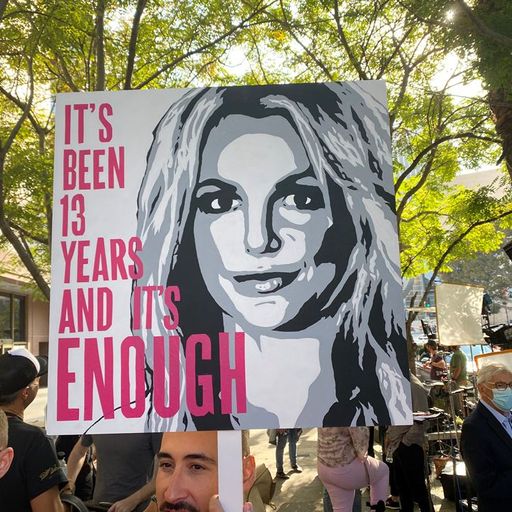 Spears' conservatorship began in 2008 after she suffered a reported mental breakdown. The arrangement came back under the spotlight in November 2020, when Spears said she would not perform live again while her father was in control.

It made headlines again following the release of the New York Times documentary Framing Britney Spears, which explored her treatment at the hands of the paparazzi and the terms of the legal agreement.

In June, Spears delivered bombshell testimony in open court for the first time, demanding the end of the "abusive" arrangement. During a shocking 23-minute speech, she claimed she was being forced to use a contraceptive device to prevent her having more children and that she was unable to get married.

The following month Spears returned to court and called for her father to be prosecuted for conservator abuse.