Motorists could face another "week or so" of long queues at the filling stations, a minister has said, because of an "unprecedented demand" for petrol and diesel.

Policing minister Kit Malthouse said on Friday if the crisis does not ease in the coming days, Boris Johnson stands ready to review the situation, which has been caused by a shortage of fuel tanker drivers.

His comments contrast with those made by other government ministers this week, including the chief secretary to the Treasury, Simon Clarke, who just yesterday claimed the situation was "back under control".

Fuel crisis 'is back under control' says govt


However, Mr Malthouse said there are "pockets" of the country where there are still problems – with London and the South East reported to be among the hardest hit.

"We are still seeing strong demand in parts of the country around fuel. The distribution mechanism is trying to respond to this unprecedented demand," he told BBC Radio 4's Today programme.

"My latest briefing is that the situation is stabilising, that we are seeing more forecourts with a greater supply of fuel and hopefully that, as demand and supply come better into balance over the next few days, week or so, that we will see a return to normality.

"I think if things started to deteriorate further, obviously the prime minister and the secretary of state for energy, whose responsibility this is, will have to review the situation."

Energy crisis: Fuel poverty warning as price cap goes up at time of 'chaos' for economy


The Petrol Retailers Association (PRA) has warned filling stations are still running out of fuel quicker than forecourts can be resupplied, and has urged motorists to return to their normal buying habits.


In the latest PRA member survey of 1,200 sites across the UK, including motorway service areas, 52% reported having both petrol and diesel in stock, 21% have either one grade in stock, and 27% are dry.

"What we need to see is a stabilisation and improvement over the next few days," said Mr Malthouse.

"Obviously, there only so many tankers that can be used to get this fuel around. They are trying their best to get around as fast as possible.

"There is co-ordination now across the country looking at where there are pockets of supply problems and demand strength and trying to bring the two into balance."

Army tanker drivers have been put on a state of readiness should they be needed to ease the chaos on fuel supply chains.

Motorists are still facing long queues at filling stations, with fights reportedly breaking out on some forecourts as petrol pumps run dry and limits on sales are imposed.

Under the government's emergency 10-point plan for dealing with fuel crises, fuel sales could be rationed and forecourt opening hours limited to try and tackle panic buying. 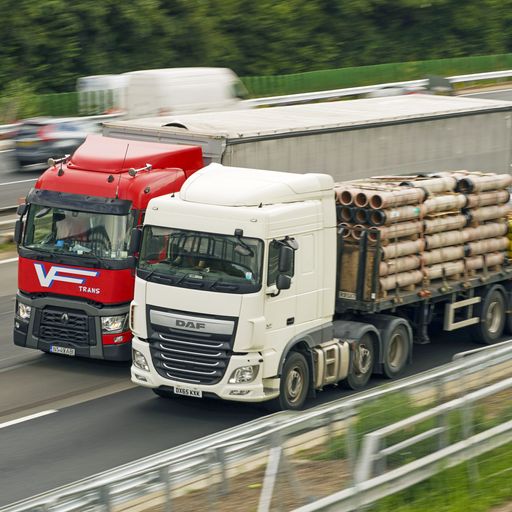 Supply crisis: Why is there an HGV driver shortage?

Earlier this week Mr Johnson ruled out granting priority access to fuel to healthcare staff on the grounds that it was unnecessary as the situation was "stabilising".

His comments were echoed by Transport Secretary Grant Shapps who called for an end to the "stampede" in panic buying and a return to "normal buying habits".

He told Sky News on Tuesday queues were likely to continue in the coming days, but fuel levels on forecourts were beginning to increase.