The company said it is reviewing its licensing agreement with FIFA, the international governing body for football.

In a statement released on EA's website, the company said it could cut ties with FIFA and rename its series, but it would retain all of its other league, player and stadium rights because these are separate from the agreement with FIFA.

"Through years of building our global franchise, we also know that authenticity is essential to the experience," EA said.

"That's why we focus so much energy on the collective strength of over 300 individual licensed partners that give us access to 17,000+ athletes across 700+ teams, in 100 stadiums and over 30 leagues around the world.

"We continually invest in the partnerships and licenses that are most meaningful to players, and because of that, our game is the only place you can authentically play in the iconic UEFA Champions League, UEFA Europa League, CONMEBOL Libertadores, Premier League, Bundesliga, and La Liga Santander, among many others."

EA Sports released FIFA 22 on 1 October and according to the company, 9.1 million players have joined the game.

The FIFA series was first introduced on the Sega Mega Drive in 1993 by EA Sports and it was the first to have an official licensing agreement with football's governing body. 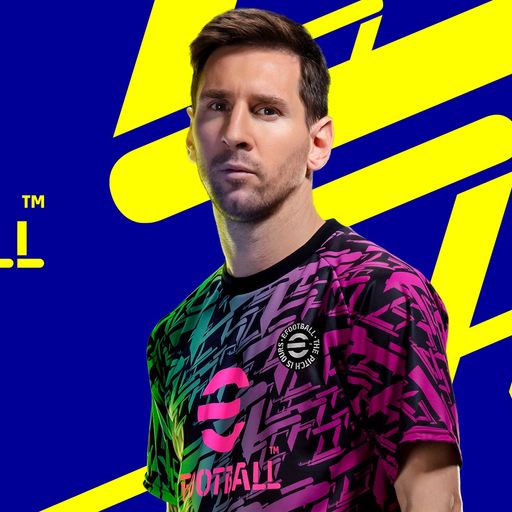 Could eFootball be the game to knock FIFA off its perch?

EA has since released a game each year and is one of the best-selling sports video game franchises in the world – with gamers anticipating its release each year.