Boris Johnson is to face questioning by MPs about parliamentary standards as the row over sleaze continues.

The prime minister will appear in front of the liaison committee, comprised of the chairs of all Commons select committees, from 3pm today.

He will face questions on government standards, violence against women and girls, the COP26 summit and the budget and spending review.

Follow live updates from the liaison committee from 3pm today 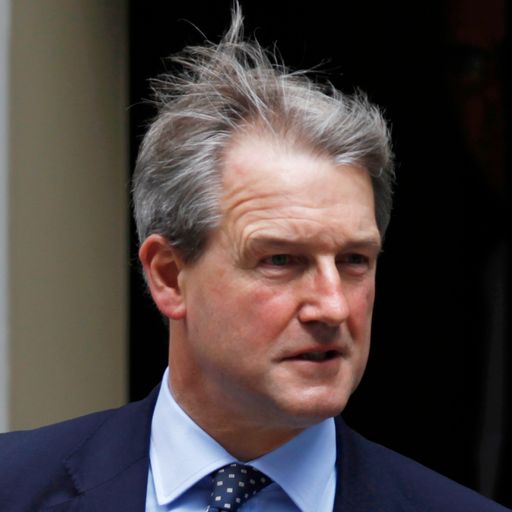 What are the sleaze claims facing Boris Johnson and the Conservatives?

The main focus is expected to be on standards after a series of scandals over the past few weeks, including Conservative MPs being whipped to review the standards system and reject a recommendation that Tory MP Owen Paterson be suspended for breaching lobbying rules.

The PM last appeared before the liaison committee, the only select committee that can call on the PM, in July.

At that appearance, he managed to dodge several questions, including whether he had sacked former health secretary Matt Hancock after he was caught disobeying lockdown rules while having an affair with an aide.

Senior Conservative MP Bernard Jenkin, chair of the committee, said the PM's appearance in front of the committee three times a year is "becoming an increasingly significant event".

He told Sky News: "It's the one time where a cross-party group of MPs can question the prime minister on detail, and on a non-partisan basis.

"The feedback shows that the public is highly engaged with this kind of scrutiny, particularly when it is forward-looking and constructive."

He added that his role is to make sure the PM answers the questions and said: "If they're fair questions I press him to answer them."


This is what is expected to be discussed in the committee:

Propriety and ethics in government

This section is expected to be the main focus, with Labour MP Chris Bryant, chair of the standards committee, set to quiz Mr Johnson.

He will be joined by Conservative MP William Wragg, chair of the public administration and constitutional affairs committee, who was one of 13 Tory rebels who voted in agreement of Mr Paterson's suspension and against reforming the standards rules.

It will be the first time MPs can ask questions of the PM on his proposal to ban MPs from having second jobs as political consultants or lobbyists, which he announced on Tuesday afternoon.

The PM should expect some direct questioning from Mr Bryant, who has been scathing about the government's handling of the Paterson affair and attempts to change the standards rules. 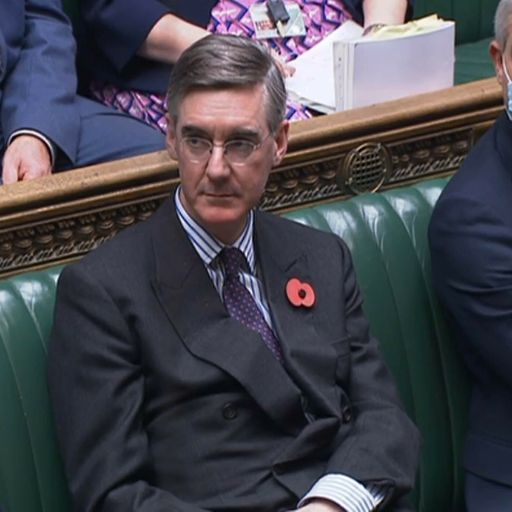 His committee found Mr Paterson had breached a number of lobbying rules, in what Mr Bryant called "a very fair hearing" and recommended he be suspended for 30 days.

Mr Paterson quit as the MP for North Shropshire following the U-turn on delaying his suspension.

Mr Bryant told Sky News the furore over standards had done "terrible, terrible reputational damage" to parliament and said there had been attempts to "lobby" and "bully" standards committee members over its ruling on Mr Paterson.

PM did what 'Viktor Orban would do'


And after Tory MP Christopher Chope was the sole person to object to rescinding the motion to review standards on Monday, Mr Bryant warned the Commons would "fall into further disrepute" if the motion was not brought forward "as soon as possible".

Mr Wragg, part of the 2019 intake of MPs, said he disobeyed the three-line whip to vote against suspending Mr Paterson as a matter of conscience.

He said mixing up Mr Paterson's case with a reform of standards was "moving the goalposts".

Violence against women and girls

This is the first opportunity the liaison committee has had to question the PM on what the government is doing to tackle violence against women and girls since a series of murders of women that have shocked the public.

Sarah Everard was raped and killed by a serving police officer in March, Sabina Messa was killed as she walked to the pub in September and a teenager was jailed for life in October for murdering sisters Bibaa Henry and Nicole Smallman.

Their murders have forced politicians to talk about women's safety and police conduct and the liaison committee is set to push for real change.


Conservative MP Caroline Nokes, chair of the women and equalities committee, is one of four MPs who will be questioning the PM on violence against women and girls.

Downing Street has refused to address her allegation his father touched her inappropriately but will not be able to avoid her in the committee room.

Yvette Cooper, chair of the Home Affairs Select Committee, is also set to question the PM and it will be the first chance since her committee launched an inquiry into violence against women and girls.

As part of that inquiry, the committee is looking into how rape victims are treated by the police and courts so the PM will be expected to have answers.

Less than a week after the climate change conference in Glasgow finished, Mr Johnson will be asked about the final agreement that failed to commit to limiting global warming to 1.5C.

The PM is sure to get questions over why the initial target was not agreed on after COP26 president Alok Sharma was reduced to tears when India and China made a last-minute intervention that weakened the effort to end the use of coal power.

'Weight of world was on my shoulders'


Budget and the spending review

Less than a month since Rishi Sunak unveiled his latest budget, the PM will come up against five MPs over the economy, including Jeremy Hunt and Tobias Ellwood, who frequently stand up in the Commons to question the PM.

Some of the budget items Mr Johnson may face questions on include the Universal Credit taper being cut by 8% and the increase in the National Living Wage by 6.6% to £9.50 an hour after more than 18 months of heavy government spending due to COVID.

The axing of the Leeds leg of HS2 could also raise its head.