Azeem Rafiq has apologised for making antisemitic remarks in 2011 in a message posted on social media.

The former cricketer, who has been at the centre of revealing the recent racism scandal which has sent shockwaves through the game, posted a statement on Twitter.

He said he was "ashamed" of remarks he made more than a decade ago when he was 19-years-old and apologised to the Jewish community.

The messages, uncovered by The Times, were sent to former Warwickshire and Leicestershire player Ateeq Javid.

Rafiq was seen to make disparaging comments about an unnamed Jewish person.

Tweeting about the old messages on Thursday, Rafiq wrote: "I have gone back to check my account and it is me – I have absolutely no excuses.

"I am ashamed of this exchange and have now deleted it so as not to cause further offence. I was 19 at the time and I hope and believe I am a different person today.

"I am incredibly angry at myself and I apologise to the Jewish community and everyone who is rightly offended by this."

It comes after Rafiq told MPs he felt "isolated, humiliated at times" due to the bombardment of racism he suffered and the "constant uses of the word p***'" during his time at Yorkshire County Cricket Club. 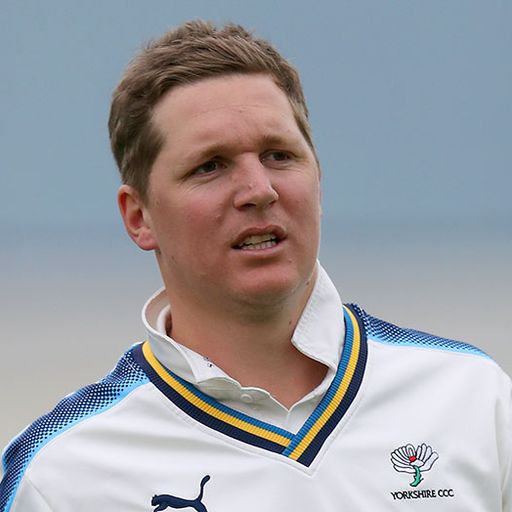 The 30-year-old had said it was "time for truths" as he gave evidence to the Digital, Culture, Media and Sport (DCMS) select committee hearing in Westminster.

He told the panel earlier this week that he hoped to become "a voice for the voiceless" by going public with his allegations.

Rafiq, who has been involved in cricket in Yorkshire since the age of 11, talked openly and candidly about his experiences.

Azeem Rafiq said the Sky Sports commentator David Lloyd tried to smear him in an attempt to suppress his allegations of racism.

At one point broke down in tears as he spoke of the "inhuman" treatment he suffered when his son was stillborn.

Rafiq, who played two spells at Headingley between 2008 and 2018, initially voiced his claims in an interview with Sky News in September 2020, alleging "deep rooted" racism at the club left him close to taking his own life.