Northern political leaders have warned the government will pass up huge economic benefits and betray promises to voters if, as expected, it cancels major rail projects including the eastern leg of HS2 and a new Manchester-Leeds line.

Boris Johnson will unveil a long-delayed integrated rail plan for the Midlands and the north of England today, billed as the largest ever investment in rail infrastructure with £96bn pledged to improve existing routes.

The plan is expected to confirm that HS2 will be curtailed – with its eastern leg extending to Leeds cancelled – and the Northern Powerhouse trans-Pennine route scrapped despite the prime minister having publicly promised to deliver both in the last two years.

In a press release that contained no details of the plan, the Department of Transport said the new plan had been drawn up "after it became clear that the full HS2 and Northern Powerhouse Rail schemes as originally proposed would not enter service until the early to mid-2040s".

It said the new plans would deliver journey times "similar or faster" than the original HS2 and Manchester-Leeds schemes.

The Northern Powerhouse Partnership said the cuts, which will see upgrades on the existing trans-Pennine line, will save just £4bn, and short-change commuters and businesses.

"Watering down Northern Powerhouse Rail for the sake of only 10% of the overall original budget of £39bn is unforgivably short-sighted from the Treasury," said director Henri Murison.

"We were promised a new line between Manchester and Leeds, which could have included a stop in Bradford, one of the UK's most dynamic cities, where productivity is held back by woefully bad transport connections.

"Now it looks like we're only getting an upgrade, which will do nothing to solve the capacity problem on this key stretch of the route.

Is there going to be HS2 extension into Leeds?


"We won't be hoodwinked into believing we're getting £96bn for a transport revolution in the North."

Susan Hinchcliffe, the leader of Bradford City Council, told Sky News she fears the city will be left behind without a new line and new station to better connect its 500,000 population to the region.

"London to Reading takes 20 minutes, it's the same distance as between Manchester and Bradford, which takes about an hour.

"We need that level of connectivity in the North, but it is also about the transformational impact of connecting the great cities of the North, including to each other and the impact that has on the city centre and towns where they're located. 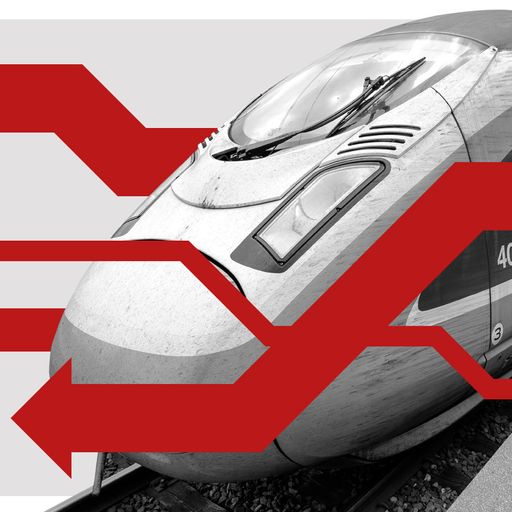 HS2 explained: What is it and how much will it cost?

"New businesses coming up, better employment, people able to work in one part of the North and live in another, all that creates a much more dynamic and successful economy.

"People of the North are resigned to having a poor deal for many, many years.

"I believe we can be better, we should have better for the North, we shouldn't be satisfied with a second class service in the north of England."

The cuts will raise questions about the prime minister's oft-quoted "levelling up" agenda, designed to spread wealth beyond southeast England, leaving him vulnerable to a charge of breaking a promise to new Conservative voters in the North.

In a statement, he said: "If we are to see levelling up in action now, we must rapidly transform the services that matter to people most.

"That's why the Integrated Rail Plan will be the biggest transport investment programme in a century, delivering meaningful transport connections for more passengers across the country, more quickly – with both high-speed journeys and better local services, it will ensure no town or city is left behind."