Cricket's 18 first-class counties will meet with representatives from the England and Wales Cricket Board (ECB) today to discuss equality, diversity, and inclusion within the sport.

Teams are being asked to sign up to a 12-point action plan after former cricketer Azeem Rafiq gave evidence on Tuesday about the racism he experienced when playing for Yorkshire.

Counties who do not meet certain expectations within the plan risk having their ECB funding revoked.

It is understood the role of the ECB chair and the position of Tom Harrison, the chief executive, are not on the one-point agenda for the meeting at the Oval – although the members may decide it needs to be discussed.

Rafiq, who has been involved in cricket since the age of 11, said he felt "isolated, humiliated at times" due to the bombardment of racism and "constant uses of the word p***" during his time at Yorkshire County Cricket Club. 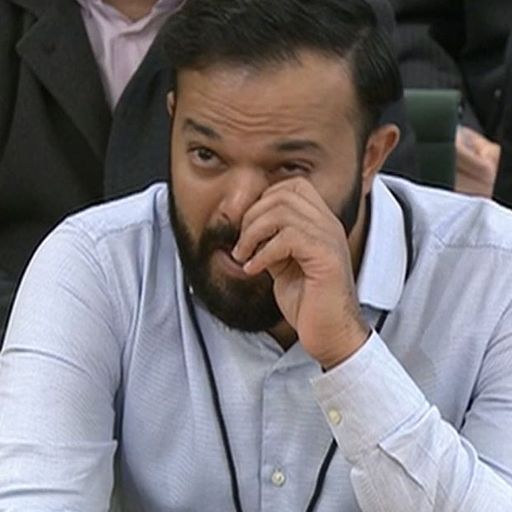 The 30-year-old whistleblower talked candidly about the "inhuman" treatment he suffered when his son was stillborn.

He told MPs during a meeting of the Digital, Culture, Media and Sport (DCMS) Select Committee: "There were comments such as 'you'll sit over there near the toilets', 'elephant washers'… and there seemed to be an acceptance in the institution.

"No one really stamped it out."

Rafiq's ex-Yorkshire team-mate Jack Brooks has been reprimanded by Somerset, his current club, and will be required to undergo training on diversity over historical tweets that included racist language.

Meanwhile, Alex Hales has denied he named his dog after a racial slur, and former England captain Michael Vaughan said he "completely and categorically" denied the allegations.

It comes as Rafiq himself apologised for making antisemitic comments in a message exchange with another cricketer in 2011.

Rafiq said he was "ashamed of this exchange" while saying sorry to the Jewish community "and everyone who is rightly offended by this" but insisted he is a different person today.